Renowned American author and poet Maya Angelou died today at the age of 86 in Winston-Salem, N.C.

Best known for her poetry and autobiographical works like I Know Why the Caged Bird Sings, she’s been an inspiring source of wisdom for many generations.

Thousands have already taken to social media to mourn the icon, sharing their favorite quotes, lessons (using the #MayaTaughtMe hashtag) and even links to her last poetic tweet:

Listen to yourself and in that quietude you might hear the voice of God.

"If you are always trying to be normal, you will never know how amazing you can be." Maya Angelou – who was utterly amazing.

We're saddened by the passing of our friend Maya Angelou. Thank you for all you've done, and for all the hugs. pic.twitter.com/kmLCN59Uef

"If you are always trying to be normal, you will never know how amazing you can be." #MayaAngelou : poet, author and activist, dead at 86

Rest in peace, Dr. Maya Angelou. The world is better because of your voice.

Thank you, Dr. Angelou. Bringer of light. Thank you. pic.twitter.com/2LOMK7Yttp

RIP to one of the greatest women this world has ever known. Thank you Maya Angelou for all of the gifts and knowledge you gave us…

Thank you, Maya, for your power, your politics, your poetry. We need you more than ever. Rest in peace.

Maya Angelou has passed away. She was a great light in the world. I feel honored to live in a world she influenced and touched so deeply.

RIP Maya Angelou. RT @DrMayaAngelou: Listen to yourself and in that quietude you might hear the voice of God.

"There is no greater agony than bearing an untold story inside you." – Maya Angelou. 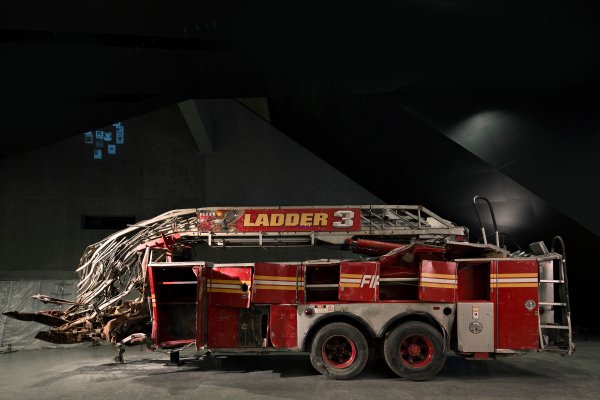 Exclusive Pictures of the New 9/11 Museum
Next Up: Editor's Pick