Russia, the Ukraine, and the Markets: Broken BRICs

For a couple of years now, one of my very smartest sources, Ruchir Sharma, head of emerging markets at Morgan Stanley Investment Management, has been saying that the emerging market story was over. Coming from someone who makes their money trading those markets, that’s quite a statement. But the last few days of market turmoil and today’s tanking of Russian stocks makes me think once again how right he is. Even before the crisis in the Ukraine, the Russian economy grew at only 1.5 percent last year, and it will be lucky to grow this year at even one percent, despite oil prices being over $100 a barrel. (Some 70 percent of Russia’s export revenues come from oil and gas.) That says a lot about how broken this particular petro state is.

But it’s not the only emerging market in trouble. For the last couple of years, Russia, Brazil, South Africa and many other emerging markets have not only been growing more slowly, but they aren’t even doing as well as the U.S. That is quite a reversal given that countries that are “emerging” are supposed to grow faster than those that have already arrived. A big part of the problem is that the underlying growth models of these nations are simply broken. As Sharma pointed out in an FT op-ed this week, when Vladimir Putin took power in Russia a decade ago, he was part of a “populist turned pragmatist” trio that included other emerging market leaders like Luiz Inacio Lula da Silva in Brazil, and Recep Tayyip Erdogan in Turkey. These guys were supposed to be reformers, and for a time, their economies seemed to prove that. Emerging market growth doubled to more than 8 percent by 2007.

That era is over. The reformers have become strong men, many of their economies stalled, with capital moving out. Emerging markets will be lucky to grow half that rate this year, and countries including Turkey, Brazil, Thailand and even China are not only slowing sharply, but brewing up debt bubbles that could result in an emerging market replay of the 2008 subprime crisis. “Just like every hyped up theme of one decade, from Japan in the 1980s, to Tech in the 1990s, the BRICs theme of the last decade is fading fast,” says Sharma. “As the BRIC stock markets have lost at least half their value in dollar terms this decade as they have become complacent following their liquidity driven growth spurt.”

So where does the money go from here? Back to the West, or at least, to the U.S. As I wrote yesterday, U.S. blue chips and bonds will continue to look like pretty good bets in an increasingly shaky world. Although I must say that I was spooked by PIMCO chief Bill Gross’ monthly investment outlook, released today, in which he quotes William Butler Yeats’ dark poem, “The Second Coming.” If markets don’t buy into the Fed’s promises of low rates and a slow and steady retreat from quantitative easing, the center of U.S. markets, which have been skewed in recent years by the central bank’s $4 trillion money dump, may indeed not hold. 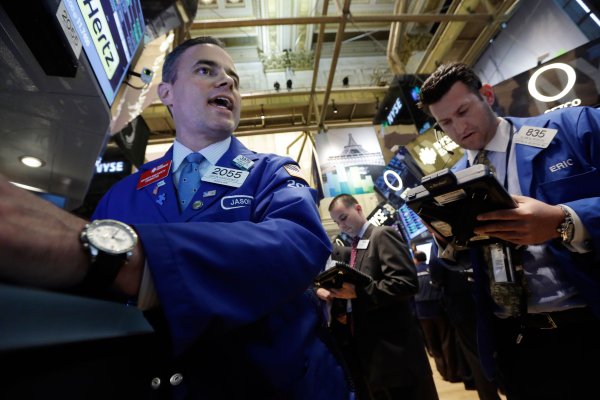 What Ukraine Means for the Markets
Next Up: Editor's Pick