A baby that was kidnapped Monday in Canada has been found thanks to four Facebook users.

Newborn infant Victoria was abducted from hospital in in Trois-Rivières, Quebec, by a young woman disguised in a nurse’s uniform. Alerts by the local police, featuring details of the suspect’s vehicle, together with a security image of her, went viral on Facebook and Twitter. A Facebook user thought she recognized her former neighbor in the picture and decided to drive, together with three friends, to the former neighbor’s apartment building. They found the wanted car parked outside and called the police.

One of the friends, Mélizanne Bergeron, told Canadian public broadcaster CBC, “The patio door was open. The lights were on. It was clear that she was there.”

The police arrived on the scene within minutes and found the suspect and the unharmed baby.

In an emotional Facebook update, the mother of the child described how she and her husband lived through “the worst time of their lives” until their baby was found.

“Four wonderful people, who we’ve had the chance to meet, identified this woman thanks to Facebook. It is the only reason that explains why Victoria is in my arms at this time,” Mélissa McMahon wrote in a Facebook update that has been shared more than 20,000 times, before going on to thank people who shared and retweeted the police alerts.

“In less than an hour, the photo [of the suspect] was everywhere … You were among the more than thousands of people who shared the photo of this woman on social media … Know that it was this that saved her, our little Victoria. Every click, every share made the difference.”

The suspect is in custody and has been hospitalized for mental evaluation. The hospital where the baby was kidnapped has issued a statement saying risk-assessment experts will analyze the incident to prevent similar cases in the future. 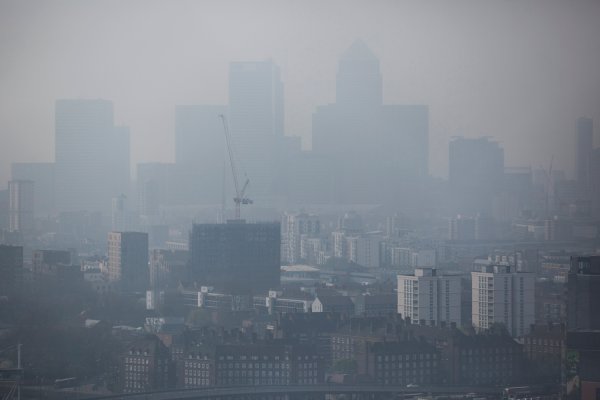 London Is a Worse NO2 Polluter Than Beijing
Next Up: Editor's Pick