Junk Food May Be "Addictive" to Kids

We all know that junk food like pizza, ice cream, and soda is bad for our health, but is it also addicting?

The study of food addiction is an emerging and controversial field. But according to Ashley Gearhardt, a researcher who focuses on food addiction at the University of Michigan and helped establish the guidelines for the Yale Food Addiction Scale, highly processed foods can lead to classic signs of addiction like loss of control, tolerance, and withdrawal. A growing body of research backs her up—and that’s especially concerning in children because an addiction forged in a child’s early years could put the child at more serious risk for chronically unhealthy eating into adulthood.

First Lady Michelle Obama, in a rare overtly political speech on Tuesday, admonished Congressional Republicans for a proposal that would weaken nutritional standards in school lunches, dismantling a policy she has personally fought for. “The stakes couldn’t be higher on this issue,” the First Lady said. She may be right in more ways than one.

Less is known about food addiction in kids than in adults, but some research suggests that kids, like adults, have a relationship with food that looks an awful lot like traditional addiction to alcohol or drugs. A 2011 qualitative study of almost 30,000 people ages 8-21 examined poll responses, chat room transcripts and message board comments from overweight and obese children on a website launched as an overweight intervention tool for teens and preteens. The researchers found that children used classic addiction language when describing their relationship to food, including an inability to cut down, continued use despite negative consequences, and withdrawal symptoms when those foods were not available. The research was published in Eating Disorders: The Journal of Treatment & Prevention.

Kids may be even more prone to addiction than adults, says Gearhardt, because their brains haven’t developed impulse control yet. And though the research hasn’t begun on this idea, it isn’t a stretch to posit that early exposure to addicting foods might lead to worse impulse control later in life. Research suggests that teenagers who abuse substances like alcohol and cigarettes are at greater risk for substance abuse later in life. Gearhardt explains: “The more kids are exposed to [junk foods] early in life, the more it is going to set them up for problems. They’re brains are still pretty plastic.”

The best way to keep kids healthy, says Gearhardt, is to eliminate the option to eat junk food all together (yes, that means getting rid of vending machines in schools), rather than simply giving them more access to healthy fruits and vegetables. “No one is binging on broccoli. No one eats strawberries until they throw up. If these kids are so used to eating junk foods, those other foods just can’t compete” she says. ”

“If you keep offering more water at a bar, people are still going to drink alcohol.” But unlike a bar, she points out, kids don’t have the option of going elsewhere, making it even more imperative to make school lunch healthy. 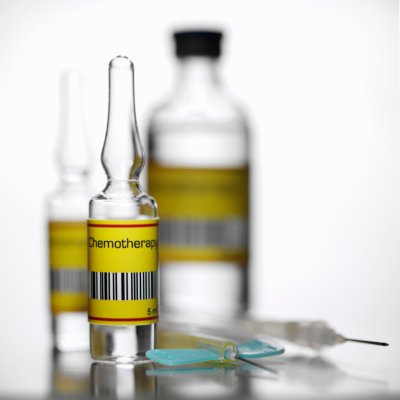 Some Chemotherapy Is More Toxic Than Others
Next Up: Editor's Pick