Leaning Out: Men Like to Be the Boss More Than Women Do, Study Says

A new study suggests that men prefer being in charge, whereas women are better at working with their peers. While the study only confirms what many office dwellers already know, the findings may bolster Sheryl Sandberg’s quest to get women to lean in more and to be better mentors.

To see how much men cooperated with other men, researchers at Harvard’s Department of Evolutionary Biology looked at co-authored publications to see how likely it was that two professors of the same rank would work together. After examining studies co-authored by professors at 50 North American universities, the researchers calculated the likelihood of co-authorship in relation to the number of professors in that school’s department.

The results itself aren’t that groundbreaking. Studies have shown that women enjoy working in groups with peers and that men enjoy being the boss. It’s true across primate species, and humans are no exception.

Though women’s ability to work together to accomplish a goal may benefit them in the workplace, there’s also a downside. The researchers write, “Female superiors may also be less willing than male superiors to invest in lower-ranked same-sex individuals.” This finding is consistent with a 2011 LinkedIn study that found that only one in five women have had a professional mentor, and only half of those women were mentored by a woman.

The study didn’t determine whether the professor-assistant professor relationship favored by the male professors was one of mentorship, but it seems yet again that we have evidence that women need to make a concerted effort to help one another out. Or, as Madeleine Albright said, “There is a special place in hell for women who don’t help other women.” 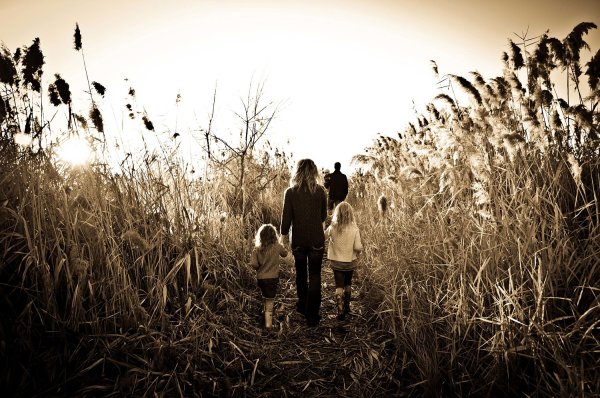 My Mother Told Me I Was Fat, and It Was the Best Decision Ever
Next Up: Editor's Pick