Amateur footage out of North Dakota shows what it’s like to get caught in a tornado after one tore through an oil field workers’ camp Monday.

Nine people, including a 15-year-old girl, were sent to the hospital after the tornado passed, the Associated Press reports. McKenzie County Emergency Manager Jerry Samuelson said the girl, who suffered a head injury and was in intensive care, is expected to survive.

The tornado, a rare event for North Dakota, reached wind speeds of up to 120 miles per hour and destroyed 15 trailers near Watford City. 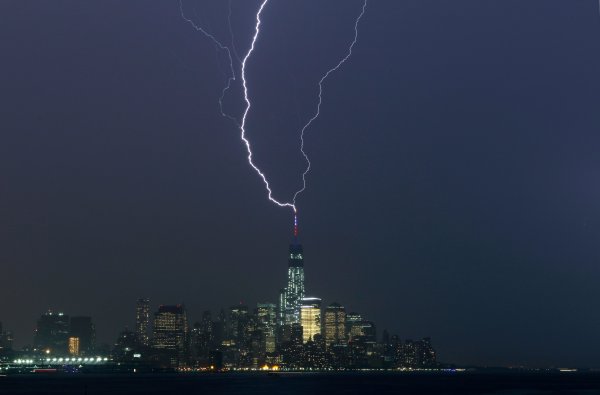 Two Bolts of Lightning Strike One World Trade Center
Next Up: Editor's Pick