Among the various ways that a small business can get access to funds, the cash advance—borrowing against money which a company hasn’t yet made, then paying it back as a percentage of future sales—doesn’t have the best of reputations. Typically, it’s a last-ditch measure taken by a company which can’t convince a bank that it’s a good prospect for a loan, and the fees involved can be steep and complicated.

Depending on how you look at it, that makes it an odd business for Square to enter—as it’s doing with a new service called Square Capital—or a logical one. Twitter co-founder Jack Dorsey’s startup, after all, sees its purpose in life as bringing elegant simplicity to transactions which are usually neither simple nor elegant, as it did with its tiny credit-card swiper. And the whole idea of Square Capital is to make cash advances a more straightforward, respectable funding option.

Among the unusual things about Square Capital is the application process—or lack thereof. A company can’t seek an advance. Instead, Square reaches out to prospective businesses which it’s picked as good candidates based on the their statistics as revealed through the sales they’ve processed using Square.

“We send an offer to the seller based on our holistic understanding of their business,” says Gokul Rajaram, Square’s head of product.

Square is also aiming to make the math involved in an advance transparent. As an example, Rajaram says that Square might offer a small business a $10,000 advance. The total payback might be $11,000–making the cost of the advance $1,000–and Square might hold back 5 percent of the business’s sales through Square until it’s recouped the $11,000. A merchant who accepted this deal would receive the money as soon as the next day, and then would monitor it through the same dashboard used for other Square tasks.

All of those figures are hypothetical: Square says that the advances, fees and payback percentages will all vary from offer to offer. That makes it tough to make any sweeping generalizations about how costly an option Square Capital is compared to other sources of small-business funding, from banks to startups such as Dealstruck, Kabbage and OnDeck.

Unlike a loan with an interest rate and fixed payments, one of the advantages of a cash advance is that the pace of the repayment auto-adjusts itself to reflect cashflow, since it’s based on a percentage of sales. If a business boomed after receiving the advance, it might end up paying back the advance more quickly than it expected; if it went through a seasonal lull, or sales turned just plain lousy, the payments would be smaller and the process would take longer. Rajaram says that the goal is to offer amounts which typically will take around ten months to repay.

Square says that it’s already advanced tens of millions to small companies in Square Capital’s pilot phase, such as New York-based coffee chain Cafe Grumpy; San Francisco comic-book collectible shop ZeroFriends; and Follicle Hair Salon, another San Francisco business which used two advances to buy twelve new chairs, each of which can bring in an additional $5,000-$8,000 in sales per month. “It’s part of our broader mission of helping sellers grow,” Rajaram told me.

Among the growing companies which Square Capital might help is Square itself, which has lately been looking to sources of revenue beyond the 2.75 percent processing fee it collects on transactions handled with its card reader. Earlier this month, for instance, it announced Square Feedback, a service for collecting and addressing comments from customers.

The company acknowledges that it’s currently losing money–it’s still in a mode of investment and expansion rather than focusing on turning an immediate profit–and its own financial future is the subject of constant speculation, including rumors of everything from it getting ready to go public to shopping itself to potential acquirers. The more well-rounded its offerings, the brighter its future could end up being. 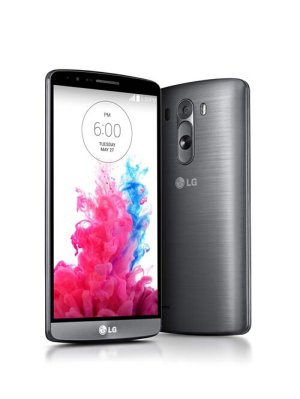