If Michelle Obama had it her way, House Republicans would currently be in detention.

In one of the most overtly political speeches during her tenure as First Lady, Obama slammed Republicans on Tuesday for trying to weaken school nutritional standards, one of her key policy achievements.

“This is unacceptable,” Obama said at a White House meeting with school leaders and experts. “It’s unacceptable to me not just as First Lady but also as a mother.

“The stakes couldn’t be higher on this issue,” she said, pointing to obesity statistics in both children and adults. “The last thing we can afford to so right now is play politics with our kids health.”

Early in her husband’s first term, Obama took on childhood obesity as one of her priorities, starting an initiative called Let’s Move to promote exercise. But without changes in diet, Obama said Tuesday, one in three children would become obese and one in three would develop diabetes. She became an early backer of the Healthy Hunger-Free Kids Act, which was signed into law in December 2010. The bill moved to strip soda and candy machines from schools and replace pizza and hamburgers with healthier alternatives like salad and fruit bars.

Republicans on the House Appropriations Committee this month said they were weighing language to strip whole grain requirements and competitive food restrictions in their 2015 funding bill. The School Nutrition Association, which represents more than 55,000 school nutritionists across the country, is pushing to weaken the standards. “SNA celebrates every success,” SNA President Leah Schmidt said in a statement Tuesday, “but the Administration’s own data proves that student participation in school lunch is abruptly down in 48 states despite rising school enrollment and 30 years of steady program growth.”

Nearly one million fewer schoolchildren ate school-provided lunches daily between fiscal year 2012 and 2013 in the wake of the healthier standards, according to data from the U.S. Department of Agriculture. But most school systems saw a slight decrease when the changes were first instituted before a fairly quick rebound, Donna Martin, director of school nutrition at Burke County Public Schools in Georgia, told the White House meeting.

“In the South, do you think taking away fried chicken was going to be easy,” Martin said to laughs around the table. “But we replaced it with baked herb chicken and chips.” Martin said student caloric intake and health improved so much that the football coach credited the new menus for helping his team win the state championship.

Obama nodded in agreement. “We have to be willing to fight the hard fight now,” she said, asking people in the room for ideas about how to help struggling schools rather than allowing them to revert back to junk food and sodas. “Rolling things back is not the answer.” 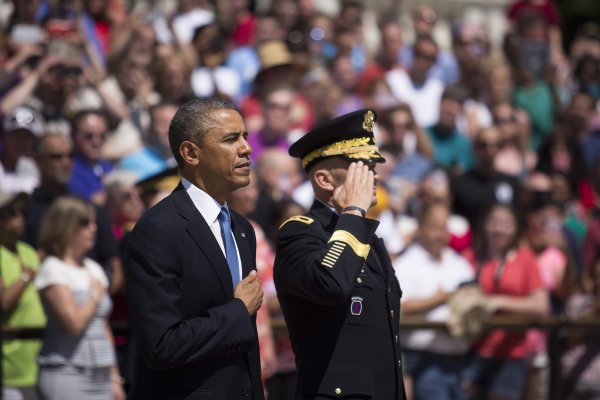