Hong Kong's Twist on Welfare: The More You Work, the More Welfare You Get

An elderly woman pushes a cart filled with cardboard for recycling in the North Point area of Hong Kong, China, on Oct. 18, 2013
Brent Lewin / Bloomberg / Getty Images
By Michael Schuman

Hong Kong is a city of extremes. One of the world’s richest, its streets are lined with Louis Vuitton and Prada shops, the roads with Jaguars and BMWs, and its heights dotted with luxurious homes boasting spectacular views of its famed harbor. But China‘s special administrative zone is also famous for one of the ugliest income gaps in the world. Those less fortunate cram themselves into closet-sized apartments and can barely afford put food on the table in the high-cost city. The government estimates that more than 1.3 million Hong Kongers, or nearly 20% of the population, live below the poverty line.

Unsurprisingly, Hong Kong’s Chief Executive Leung Chun-ying has come under pressure to do more to help the poor. In Hong Kong, as in most other East Asian societies, the public has called for greater government services to improve their livelihoods and alleviate income disparities, and that has pushed policymakers from Seoul to Singapore to introduce stronger safety nets. But officials remain wary of entangling themselves in the expensive welfare programs straining state finances in the U.S. and Europe. Governments in the region have generally also relied on rapid growth and job creation to uplift the destitute, not hand-outs. Hong Kong especially has been a model of that pick-yourself-up-by-the-bootstraps thinking. The government has preferred to encourage entrepreneurship than pass around cash, fearful that too much largesse would sap people’s initiative.

(PHOTOS: Hong Kong Yesterday: The Pearl of the Orient in the 1950s)

So what to do? In his policy speech last week, Leung proposed an intriguing solution: Offer poor families more welfare the more they work. “Our poverty alleviation policy,” Leung explained, “is to encourage young people and adults to become self-reliant through employment, while putting in place a reasonable and sustainable social security and welfare system to help those who cannot provide for themselves.”

Here’s how the program, called the Low-income Working Family Allowance, would work: If a family’s earnings are equivalent to or below 50% of Hong Kong’s median monthly household income, and the family has at least one employed member, it will be eligible to a payment of $80 to $130 a month — with the more hours worked, the higher the amount received. Families with children get some extra. Leung estimated that the program would cost his administration nearly $400 million a year and reach 710,000 people.

How exactly the program will be implemented is still in the works. But the idea hits at the heart of one of the biggest and most contentious debates among economic policymakers today: The relationship between welfare and work. Conservatives rage that too much welfare makes the poor reliant on big government. “We don’t want to turn the safety net into a hammock that lulls able-bodied people into lives of dependency and complacency, that drains them of their will and their incentive to make the most of their lives,” Republican Congressman Paul Ryan once said. There are studies that suggest the way welfare programs are designed in the U.S., for instance, act as a disincentive for low-income people to work extra hours, or even work at all. Payouts can be so large that they act as a replacement for a working income.

Those on the left argue that welfare programs are necessary to prevent destitution and suffering, especially in bad economic times, and that the stereotype of the lazy aid recipient is simply wrongheaded. Many people in the U.S. on food or healthcare assistance (food stamps and Medicaid) are in working families. This latter argument, however, has recently been a hard sell. Even though the economic recovery in the U.S. is just building steam, Congress allowed a reduction of food stamp funds to come into effect last year, and in recent days the Senate failed to reach an agreement on an extension of unemployment benefits.

Leung’s proposal tries to resolve this debate by linking aid to work. It also attempts to address one of the more vexing problems facing policymakers — how to assist what’s known as the “working poor,” those who have jobs but don’t earn a living wage. Clearly, Leung’s idea can’t solve Hong Kong’s income gap entirely. Contrary to the city’s free-enterprise image, a combination of government intervention and constrained market competition hikes up the costs of living for the poor. Most notably, the government’s land control system elevates the price of housing to the point where it is unaffordable for low-income families.

But Leung’s idea offers an interesting alternative to traditional welfare programs. Even the notoriously anti-big government Wall Street Journal had to admit that “the program deserves qualified praise.” The big question facing Asia in its quest for a new version of a welfare state is whether it can avoid the worst failings of the systems developed in the West. The jury is still out, but at least Asia’s policy gurus are trying. 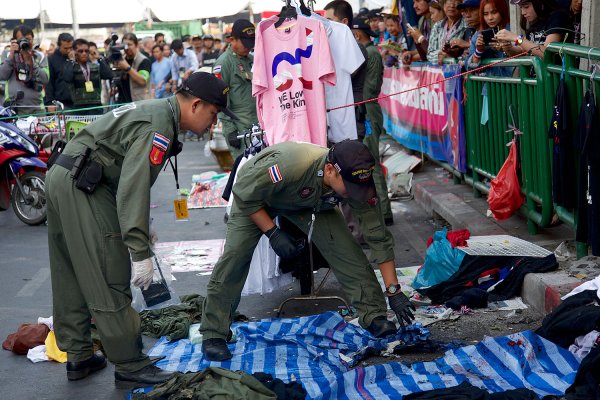