Bunny and Bettie: The Photographer Who Immortalized a '50s Sex Goddess

She was your basic gorgeous postwar blond: long-limbed and bosomy, with an inviting smile framed by cascading hair. Getting plenty of work as a cheesecake model (no nudity, please) in Miami in the late ’40s, she was almost Marilyn before Marilyn.

But what Bunny Yeager really wanted to do was direct — go behind the camera to take alluring pictures of other women, usually undressed. So in 1953 she took a night class in photography. Yeager’s timing was exquisite: this was just when a young Chicagoan named Hugh Hefner was making female nudity acceptable to the mainstream with a Monroe centerfold in the first issue of his Playboy magazine. And just when an out-of-work actress named Bettie Page was ready for her glamour closeup.

(READ: Corliss on Bettie Page, the Garbo of Bondage)

Yeager, who died Sunday at 85 in North Miami of congestive heart failure, photographed hundreds of attractive women, herself included. Of these, the most memorable — we have to say iconic — was Page. In New York City, Page “starred” in tatty, furtive 8mm bondage loops (Dominant Betty Dances With Whip, Hobbled in Kid Leather Harness) that her Svengali, Irving Klaw, sold in plain brown wrappers at his Movie Star News shop. But in Miami, under Yeager’s congenial tutelage, Page bloomed as the girl next door with the bedroom shades up, or the beach bombshell with the seraphic grin. Between them, the Blond Bunny and brunette Bettie made nudity look both sexy and healthy.

Born Mar. 13, 1929 (her website says 1930) in Wilkinsburg, Pa., Linnea Eleanor Yeager moved to Miami with her folks when he was 17 and quickly became a favorite of the local photographers. For that night class she took some of her model friends to a Boca Raton zoo and photographed them with the cheetahs — the same milieu that Page would famously pose in, wearing (sometimes) a leopard-print bathing suit.

Bunny and Bettie worked together in 1954 and instantly struck gold: the Jan. 1955 Playboy featured a Page centerfold shot by Yeager. It was one of the first centerfold photos submitted directly to the magazine; Hefner had bought the Monroe nude and most of the following year’s foldouts in a batch for $5,000. He paid Yeager $100 for the Bettie pic.

Yeager used Miami sunlight as the accoutrement of radiance for her subjects; they seemed utterly at ease posing a woman every bit as beautiful as they. In retrospect, her work seems a picture of innocence. That’s why it fell out of fashion as Playboy and its rivals went more explicit in the ’70s and beyond. It’s also why Yeager’s reputation recently bloomed, with gallery showings and coffee-table retrospectives. For some admirers, her photos are a flashback to first loves, and first lusts — nudity as the purest form of nostalgia. 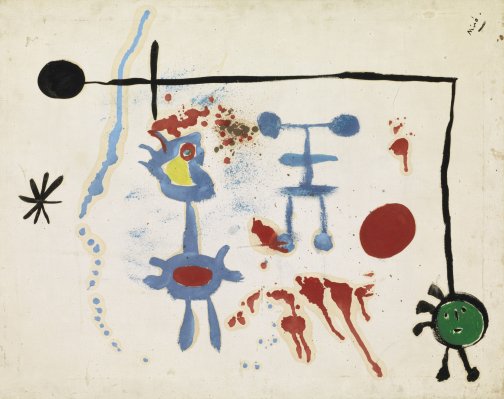 Secret Mirós Sell for $9.3M
Next Up: Editor's Pick