Meg Whitman Has the Hardest Job in Silicon Valley

Meg Whitman has vowed to turn around HP, a task that many thought impossible in her early years at the company. Judging from the company’s stock performance over the past year, she may finally be gaining ground but it could come at a cost. In slashing costs to fix HP, is Whitman slashing too aggressively?

In October 2011, a month after Whitman took over, HP employed 350,000 people. That wasn’t as big as IBM, which employed 431,000 at the time, but it’s vastly larger than most of the startups that are having a big impact on the tech innovation these days. (WhatsApp, to offer an extreme example, had 35 employees when Facebook bought it.)

The following spring HP announced it would lay off 27,000 employees through the end of 2014. By fall, headcount had fallen to 318,000 and HP upped the number of layoffs to 34,000 jobs – equal to about a tenth of its peak employment. To manage that, HP said it would take $4.1 billion in charges related to the layoffs, a figure that exceeds its annual budget for R&D spending by a good margin.

When HP reported its earnings last week, the company said it would cut as many as another 16,000 jobs. Many of those positions are expected to come from declining businesses like personal computers, traditional printers and enterprise services, areas that all declined in 2013.

The idea, in theory at least, is to reduce spending enough to generate more corporate cash that can be invested in new innovations like tablets, cloud computing or 3D printers. But more often these savings go into the stock buybacks and dividends that placate antsy investors. HP’s board allocated $10 billion worth of stock to be repurchased in 2011, and the company still has $7 billion to spend.

The broader issue facing HP and others is that big tech is very often old tech. Companies that have grown successful in the past decade years are less dependent on hardware manufacturing and are able to benefit from technological efficiencies. As a result, Google can boast revenue per employee of $1.3 million while Facebook’s sees $1.2 million per worker. HP’s revenue per employee is $354,000.

So even while the tech industry is growing in revenue, it’s not really growing as a source of jobs. Technology jobs grew through the 1980s and 1990s but have declined in Silicon Valley and the US during the past decade. In 2000, technology accounted for 5% of jobs in California, but that ratio has since settled down to around 4.3%, even as the share of technology companies contribute to California’s economy has remained stable.

The layoffs are helping HP’s performance in the short run. HP’s stock rose as high as $34.09 on Friday on the news that Whitman was axing even more positions. That price marks a 175% increase since November 2012, when HP’s stock hit a decade low. The last time HP’s stock traded above $34 a share was in August 2011, a month before Meg Whitman was named CEO.

Whitman was left with a difficult hand to play. A series of scandals and a longer series of ill-advised and costly acquisitions by her predecessors, coupled with a decline in PC sales left the company in a tough spot. Layoffs were widely expected to be part of the process of stabilizing HP, but they come with a catch: Cut too many employees and you weaken the company’s ability into the kind of growth investors are demanding.

In words that must sound callous to departing HP employees, Whitman declared her willingness to cut more jobs if things don’t turn around soon. “Listen, I’m not at all disappointed. I think it’s the natural course of what makes sense in a turnaround of this size and scale,” Whitman said on a conference call with analysts last week. “HP must be manically focused on continuous improvement in our cost structure.”

Neither is HP’s maniacal focus on cutting jobs certain to position it against an ever competitive market for enterprise IT. While HP is defensively cutting costs, companies at the high-end are investing in improving their strengths, while those on the low end, including Asian companies like Lenovo, are growing by aggressive pricing.

HP may be, as Whitman says, “making us a more nimble and decisive company” and putting it back on a track to revive revenue growth. But it’s also true that the slashing jobs, while pleasing to investors in the short term, maybe hobbling the HP’s ability to become, in the longer run, a company that can keep growing in the growth-driven tech industry.

Correction: A previous version of this story mistakenly identified WhatsApp as another company. 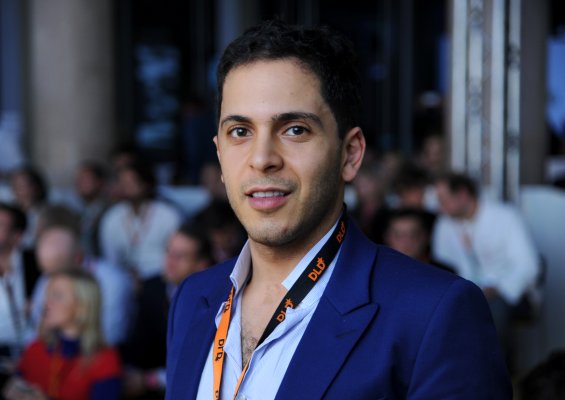