Pope Francis disembarks a plane at Queen Alia airport in Amman, Jordan upon his arrival for a papal visit on May 24, 2014.
L'osservatore Romano/EPA
By Elizabeth Dias

On the plane back from his three-day trip to the Middle East, Pope Francis held a 45-minute press conference with journalists, and he announced that he will meet with a small group of victims of sexual abuse for the first time in the coming weeks. The church, Francis said, cannot have “Daddy’s boys” who would be exempt from punishment for sexual abuse of minors. “There are no privileges,” he said.

Victims from the United Kingdom, Germany, and Ireland will participate in the meeting. Boston Cardinal Sean O’Malley, one of Francis’ core group of eight advisory cardinals, will also participate. While the meeting is a first for Francis, Pope Benedict XVI met with victims of sexual abuse several times.

Francis also announced that he will visit the Philippines and Sri Lanka in January. He also indicated that future Popes may follow his predecessor’s example and retire. He himself would consider retiring, if that is what he senses God is calling them to do. “I believe Benedict XVI is not an isolated case,” he said.

But amid all the religion-themed news of the flight, coming off of a high-profile and news-packed pilgrimage, there was another significant tidbit that could get lost in the shuffle: Francis confirmed that the Vatican is investigating charges that $20 million went missing from the Vatican bank during Cardinal Tarcisio Bertone’s watch. Bertone, Benedict XVI’s secretary of state, stepped down in October when Francis replaced him with Archbishop Pietro Parolin. “It’s something being studied, it’s not clear,” Francis said, when asked about the investigation of missing funds. “Maybe it’s the truth, but at this moment it’s not definitive.”

It is a reminder that Francis still faces the substantial task of reforming the Vatican’s scandal-plagued financial system. He has been making some progress. Last August, he issued a statement against money laundering. In February, he established a new Secretariat of the Economy and appointed Australian Cardinal George Pell to lead it. He also created a 15-member council of lay financial experts and Catholic prelates to guide policy and oversee audits at any time. Over the last year, the Vatican bank, under the leadership of Ernst von Freyberg and formally known as the Institute for Works of Religion, has closed hundreds of accounts.

Even for a smooth operator like Pope Francis, it takes time to turn an operation as giant and unwieldy as the Vatican around. 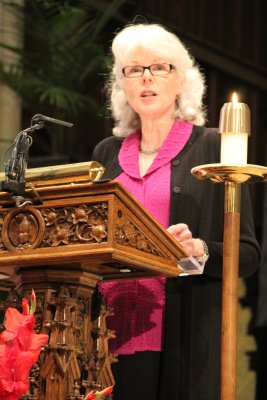 Sermon Series: "Entering the Dark Cloud of God"
Next Up: Editor's Pick