Oscars 2014: Why Alfonso Cuarón Will Win Best Director for 'Gravity'

Two or three of these names are horses to fill out the field for the big race. Payne is well liked, even if few real people saw his ornery little black-and-white comedy. Scorsese, having overcome the Academy voters’ bizarre hostility to his work for 30 years — when he made sensational movies like Raging Bull, Goodfellas and Casino, but kept losing to actors turned directors (Robert Redford, Kevin Costner and Mel Gibson, respectively) — before they finally acknowledged him in 2007 for The Departed, is here because, whatever the members’ feelings toward The Wolf of Wall Street, it’s certainly very busily and expertly directed. But neither he not Payne has a realistic chance here.

(READ: Why 12 Years a Slave Will Win Best Picture)
American Hustle was a frontrunner a month or so ago, when it won the Screen Actors Guild award for Best Ensemble (SAG’s equivalent of Best Picture). And Russell, who went through a pariah phase in Hollywood when the famously amiable George Clooney denounced him after starring in Russell’s Three Kings, is now routinely praised by his stars as a superb and sensitive director of actors. But the Hustle momentum has ebbed, and even if the movie were to win Best Picture, Russell would still be a long shot for this award.

(READ: Our review of American Hustle)

Let’s say this is a two-film race — that Gravity and 12 Years a Slave are neck and neck for Best Director and Best Picture. How will that play out? The view from here is that, whichever film takes the top prize, Cuarón will be named Best Director.

Of the 85 movies named Best Picture, 62 also received the Best Director award — that’s nearly three-quarters of the time. But in the past 15 years, the Academy voters have split their ballots five times, including last year, when Argo won Best Picture but Ben Affleck was not nominated for Best Director and the prize went to Ang Lee for Life of Pi. Had Affleck not been stiffed in the nominating process, he probably would have won the Director statuette. But of the remaining candidates, the Academy chose Lee for masterminding a fanciful drama, laden with extraordinary visual effects, about a solitary figure battling the harshest elements.

(READ: Why Ang Lee was destined to win Best Director for Life of Pi)

That could also be a description of Gravity. In addition to coaxing strong performances from Sandra Bullock and Clooney as the stranded space couple, Cuarón also orchestrated the magnificent environment they inhabit. Although the Academy prefers their Best Pictures grounded in realism, not fantasy, Lee’s Life of Pi win proved that the voters understand and appreciate the qualities a visionary director needs to create an otherworldly adventure. The Directors Guild recognized Cuarón’s achievement when it named him the year’s Best Director — and the DGA award has forecast the Oscar award all but seven times in its previous 65 years.

(READ: Our review of Gravity)

One thing that might favor McQueen: the Academy’s chance to make history. Four years ago, in the competition between Avatar director James Cameron and The Hurt Locker director Kathryn Bigelow, the Academy chose Bigelow, making her the first woman to be named Best Director. That battle had two wrinkles: Cameron and Bigelow used to be married to each other; and a lot of people in Hollywood just didn’t like Cameron. So they got to perform a progressive social act and to punish the self-proclaimed “king of the world.” It was a vote of both nobility and spite.

(READ: Why Avatar Lost at the Oscars)

This year the liberal Academy members could vote to make the London-born McQueen the first black filmmaker to win Best Director. Unfortunately for McQueen, Cuarón is not hated; he’s one of the world’s most likable directors, with a self-depreciating humor in his acceptance speeches. A few weeks ago, when he won the Director prize (over McQueen, among others) at the British Film Awards, the Mexican filmmaker mentioned that he had lived and worked in London for the past 13 years, adding with a smile, “I think that I make a very good case for curbing immigration.”

Charm may not win Oscars on its own, but it doesn’t hurt. The Academy will want to hear him give a final speech for Gravity — because he won’t be on stage when the Best Picture prize is announced. McQueen will: as one of the producers of 12 Years a Slave. 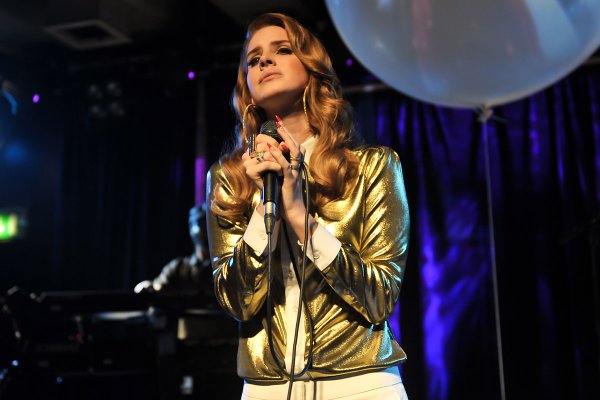 Would the Oscars Have Loved Lana Del Rey If She Wasn't So Young and Beautiful?
Next Up: Editor's Pick