Son of God opened in cinemas across America this weekend, but minus the Bible’s most cunning, controversial and diabolical character. No, Judas Iscariot is in the movie. It’s the evil one himself – known reciprocally as Satan, Lucifer, or the devil – who has lost his iconic role.

Satan’s fall from stardom gives rise to rumor. Where did he go, and why? Can it be there is a more important role to play, an offer more lucrative? Or, has the unimaginable come to pass: Is Satan dead?

The film’s executive producers, Roma Downey and her husband, Mark Burnett, are not ducking the swirling questions concerning the villain’s swift departure. Irish-born Downey, who also plays Mary, the mother of Jesus, in the film, recently told USA Today, “It gives me great pleasure to tell you that the devil is on the cutting-room floor. This is now a movie about Jesus, the Son of God, and the Devil gets no more screen time, no more distractions.”

Downey’s intent is hardly vague. “I wanted all of the focus to be on Jesus,” she explains, “I want his name to be on the lips of everyone who sees this movie, so we cast Satan out.”

So simple, it seems so clear cut. Snip, and Satan is gone. What’s going on in this storytelling world of late? A movie about Jesus, the Son of God, without the archenemy of God—how can this be?

Satan, as the Bible story goes, made his cameo appearance in the Garden of Eden, proving himself to be a master of improv and one-liners. It’s hard to envision the full drama of the gospel without him—his absence is such a sizable jump cut in the original story line.

It’s not likely, however, that the evil one is still lying about on a cutting-room floor, grieving over his ouster from the Son of God. He’s been around since time began, and he knows how to survive a fall.

Satan’s precipitous descent in the Bible is far more dramatic. The words of Jesus Christ attest to that climactic day and are found in the Gospel of Luke. Christ makes an important point to his disciples about the proper perspective of power over satanic forces. Rather casually, it seems, Christ simply says, “I saw Satan fall like lightning from heaven.”

Being snipped from a script is not quite the same as being expunged from the greatest story ever told. Is Satan still up and about? St. Peter would argue in the affirmative. Oft repeated is the Apostle’s warning that the “devil prowls around like a roaring lion, seeking someone to devour.”

Be that as it may, hysteria over the presence of the evil one isn’t warranted. Comforting words from St. John are always ready, reliable, and true to form. “The light shines in the darkness, and the darkness has not overcome it.”

So, what’s the most salient point to be grasped in this discourse about the Son of God? Perhaps it is this: Always and everywhere when the subject centers on Bible translation, critical elements are at play. Translation is an ancient discipline, latent with linguistic, historic, cultural, and theological challenges. Such challenges explode exponentially when translation moves into visual form.

Consider the raising of Lazarus, a story told only in John’s Gospel. Jesus gathered at Lazarus’s tomb with Mary, Martha, and his disciples. Mourners moved about; crowds gazed on. The story says Jesus was “deeply moved in spirit and troubled. And then the Gospel writer inserts a tiny verse: “Jesus wept.”

But how Jesus wept we do not know. Did he brush a tear from his check, or wail openly before his audience? Does it matter? Yes, indeed. When projected in visual form, that which is projected becomes a new translation of the text.

This tempest brewing about Lucifer’s demise in the Son of God will soon pipe down. We will see the film as is it is, for what it is. Its merits are not in short supply. It is an adaptation of an ancient tale that has forever altered the course of history, with news good, not bad.

Further discussion resonating from this topic is a catalyst for matters great. Questions which have filtered down through the sands of time suddenly appear afresh, injecting meaning into the course of life. Mediums and messages tussle about saying this and meaning that. That’s the stuff of life.

In a culture ever more prone to nibbling on tiny tweets and tidbits, epic dramas have their place. They halt the pace, fixating worthy notions upon the mind. After all, man lives neither by bread alone, nor on the diet of disconnected chatter.

Concerning Satan’s demise in 2014, one shouldn’t be overly sympathetic. Surely this turn of events is not nearly as shocking as God’s questioned disappearance in 1966. Only two days prior to Easter, April 8, 1966, Time magazine rocked the world, as three words filled its cover: “Is God Dead?”

It was the first type-only cover in the magazine’s history. No image, no photo, just three words gathered beneath the masthead. In 2008, the Los Angeles Times named the cover one of the ten magazine covers that “shook the world.”

Looking back, what was up—what do we see? New currents of thought were swirling about, important matters were at stake. Philosophers and theologians were making waves, mediating messages about the declining role of God in modern society. 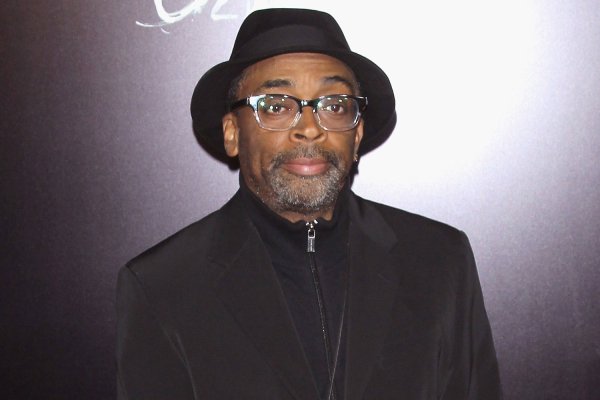