The downside to starring in a wildly popular sitcom, we assume, is that people associate you with your character to the point that you just become that character, forever, whether you like it or not. Just ask George Costanza. Er, we mean Jason Alexander.

In his Saturday Night Live monologue this week, Jim Parsons—star of CBS’s The Big Bang Theory—addressed the issue of typecasting, assuring the audience that he’s nothing like Sheldon Cooper, the brainiac he portrays on the hit show.

“I am not like Sheldon. I am not a scientist. I don’t speak Klingon. I do have a male roommate,” the openly gay actor said, “but I assure you it’s a vastly different arrangement.”

Parsons then breaks out into a song called “I’m Not That Guy,” recruiting SNL cast members to join him onstage to portray fellow sitcom stars who’ve suffered the same problem. The best part of the entire sketch probably comes when we see Taran Killam’s excellent interpretation of the Fonz. 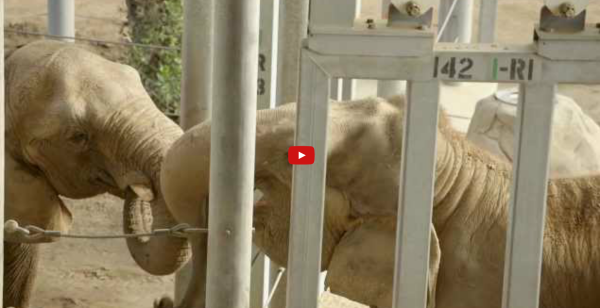 An Elephant Met Another Elephant for the First Time in 37 Years And It Was Adorable as Expected
Next Up: Editor's Pick