Remember when saying someone had kind of “a butt” was an insult? Things sure have changed.

“The Brazilian butt lift is one of our top searched procedures, and has the most conversation,” says Alicia Nakamoto, vice president of community at RealSelf, an online community that helps users determine the best cosmetic surgical procedure for them. “[Patients] have a very specific look in mind. They idolize Kim Kardashian and Nicki Minaj–that look.”

According to RealSelf data on what celebrities users are referencing when they ask certified plastic surgeons about procedures, Kim Kardishan is the leading woman for 2014. In 2013, the most references were made to Beyoncé and Nicki Minaj. Back in 2009, Megan Fox was searched most often for her nose, and people started referencing Heidi Montag’s look in 2010. In 2011 and 2012, it was Kate and Pippa Middleton. Angelina Jolie is the most consistently referenced celebrity.

And that anecdotal data matches new numbers from the American Society of Plastic Surgeons (ASPS) which released their annual report this week listing the most popular procedures. Unsurprisingly, boob jobs and Botox remain in the top five most common, but a couple new procedures are gaining popularity.

Those are buttocks augmentation–yes, butt implants, and neck lifts. The report notes that in 2013, there were 10,000 buttock augmentation with fat grafting procedures, referred to as the Brazilian butt lift, and that’s a 16% increase from 2012. Neck lifts, which tightens the neck skin, were up 6%.

Women with curves who don’t need to go under the knife for a plumper tush may be rejoicing–finally their body type is becoming the hot feminine ideal. But, it might not be for long.

Remember when legs were women’s coveted body part, then large boobs, then flat-chested androgynous bodies–and back again? What’s popular for female body types have always fluctuated over the decades and those trends are reflected in plastic surgery stats.

As it was in the time of Marie Antoinette or Cleopatra, fashion is driven by popular cultural figures. We can thank the rise of cosmetic booties to Kim Kardashian, Beyoncé and other curvy celebs. “There’s definitely evidence that celebrities influence public opinion and the direction procedures take,” says ASPS president Dr. Robert X. Murphy. That combined with the fact that procedures have evolved to provide more sophisticated options gives rise to unique cosmetic tweaks we didn’t see as much in the past.

Marilyn Monroe made the curvy body beautiful in the 1950s as a voluminous female icon–thought to be around a size 6 in today’s sizing. But before she was famous, she had a nose job in an effort to conform to her day’s beauty standards. Monroe was then followed a decade later by Twiggy Lawson, who made the underweight body the coveted body type. This was also the start of the long-legged ideal, with clothing pieces, like the miniskirt, making waves in the fashion world. British designer Mary Quant is known for pulling up the hemlines in her collections, which quickly spread.

In a 1967 TIME Magazine article, Jo Hughes, a saleswoman at Bergdorf Goodman criticized the look stating, “those show-offs who wear dresses up to their bottoms know nothing about fashion. All they’ve done is chop five inches off the hem and they call it new. To me it’s a laugh.”

But the skirt was here to stay, or at least the obsession with legs. Super models Heidi Klum and Stacy Keibler both have their legs insured for millions of dollars.

And of course, we’ve long been boob-crazed. But breast augmentation really became popular in the U.S. in the late 1990s through 2000s–and has kept a steady pace. After a 1990 feature in Playboy, Pamela Anderson, who later starred in the beach rescue series Baywatch, opted for extreme breast augmentation surgery, and continued a Playboy career that spanned through 2011–she has been on the most Playboy covers ever.

“Now, people cite Pam Anderson as a look they do not want,” says Nakamoto. She agrees there’s no denying that mainstream culture heavily influences what people are looking for. Perhaps not even Pamela wants that look any more. She recently cut off her long blond hair in favor of a pixie cut and celeb-watchers suspect she’s also had her implants reduced in size. She’s not the only one, a host of other actresses who had gone for the surgically enhanced large-breasted look have since downsized, including Heidi Montag.

So as long as Kardashian, Beyoncé and Minaj continue to be reigning stars of the gossip magazines and look books, the booty will stay on the rise. But who knows what’s coming next. 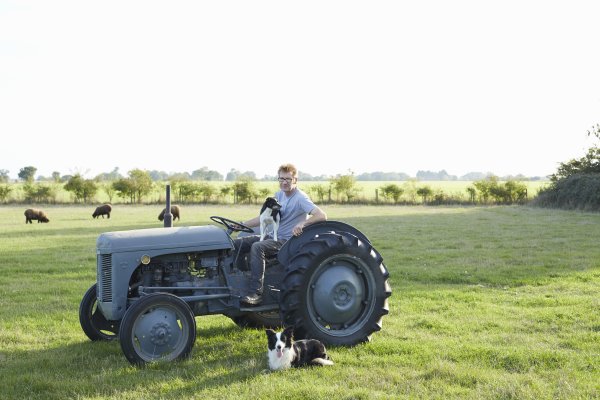 The 5 Jobs Most Likely to Make You Sick
Next Up: Editor's Pick