It’s not often you see Lupita Nyong’o — who may well win the Best Supporting Actress statuette at this weekend’s Oscars — in the same sentence as “unbeautiful.” In addition to her acclaimed role in 12 Years a Slave, she’s nabbed high-end fashion endorsement deals and has become one of the most-watched red-carpet regulars in Hollywood.

(PHOTOS: TIME’s Portraits of the Winning Actors from the 2014 Oscars)

But — as the actress told the crowd yesterday at the annual Black Women in Hollywood Luncheon organized by Essence (which is owned by the same parent company as TIME) — she didn’t always feel deserving of the attention. In accepting her award for Best Breakthrough Performance, Nyong’o took the opportunity to address her own evolving thoughts about beauty and race.

(PHOTOS: Your Favorite Celebs on the Red Carpet)

She explained that she received a letter from a dark-skinned girl who decided not to lighten her skin after being inspired by Nyong’o. It reminded Nyong’o that she, too, used to feel that her skin kept her from being beautiful — until a celebrity changed that for her:

You can (and should) read the acceptance speech in full over at Essence, but it’s worth noting that Nyong’o’s story about Alek Wek is a reminder of one important consequence of a lack of diversity in Hollywood and in the fashion world. Though diversity studies tend to concentrate on numbers and percentages, personal anecdotes like the one Nyong’o related remind us that it does matter to viewers that they see themselves represented in the media. After all, if it takes a celebrity to make someone like her feel pretty, imagine what it means to those who aren’t destined for style icon status. 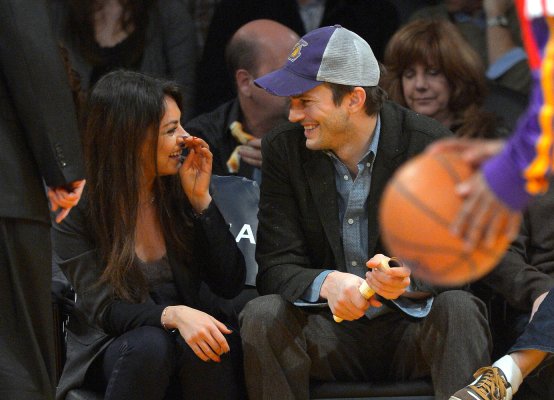 Mila Kunis And Ashton Kutcher Are Engaged (Unofficially)
Next Up: Editor's Pick