Research has shown that a new mother’s brain activity changes after having a baby. Turns out, gay men’s pattern of brain activity also adapts to parenthood, and resembles that of both new moms and new dads, in findings published Monday.

A study published Monday in the Proceedings of the National Academy of Sciences sought to determine whether mothers’ brains became hyper-reactive to emotional cues, like hearing their child cry after birth, because of hormonal changes or parenting experience. Researchers videotaped 89 new moms and dads taking care of their infants at home. They then measured parents’ brain activity in an MRI while the parents watched videos in which their children were not featured, followed by the footage shot in their home with their kids.

The 20 mothers in the study—all of whom were the primary caregivers—had heightened activity in the brain’s emotion-processing regions; the amygdala, a set of neurons that processes emotions, was five times more active than the baseline. The 21 heterosexual fathers had increased activity in their cognitive circuits, which helped them determine which of the baby’s body movements indicated the need for a new diaper and which ones signaled hunger.

The 48 gay fathers’ brain waves, on the other hand, responded similarly to both the heterosexual mom and dad. Their emotional circuits were as active as mothers’, and their cognitive circuits were as active as the fathers’. Researchers also found that the more time a gay father spent with the baby, the greater a connection there was between the emotional and cognitive structures.

Ruth Feldman, the study’s author and a professor of psychology and neuroscience at Bar-Ilan University in Israel, wrote that changes in the amygdala occur in women due to pregnancy and childbirth hormones. Men’s brains, which are usually interpreting their child’s needs, only activate the emotion-processing amygdala when the mother isn’t around. For gay fathers, this means that their amygdala is working like a mother’s would all the time.

The researchers also tested levels of oxytocin, the bonding hormone, in all the parents and found no difference among the three groups. Feldman, an adjunct professor at Yale University, said this means all three groups are biologically ready for parenthood.

“Fathers’ brains are very plastic,” Ruth Feldman, the head of the study, said. “When there are two fathers, their brains must recruit both networks, the emotional and cognitive, for optimal parenting.”

Many U.S. adoption agencies do not accept applications from same-sex couples, and in some states it is against the law for a gay couple to apply jointly for custody of a child. This study suggests that, biologically, gay couples are fit to be parents as straight couples are, and could change the debate as to whether gay men should be allowed to adopt children. 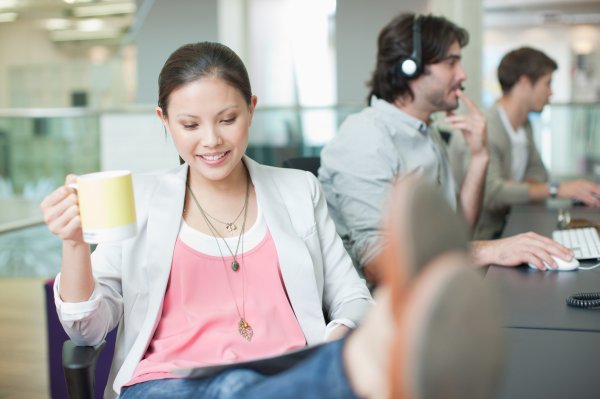 The No-Fail Way To Stop Procrastinating
Next Up: Editor's Pick