Thanks to Climate Change, West Nile Virus Could Be Your New Neighbor

Invasive species aren’t just species — they can also be pathogens. Such is the case with the West Nile virus. A mosquito-borne virus identified in the West Nile subregion in Uganda in 1937 — hence the name — West Nile wasn’t much of a concern to people elsewhere until it broke out of Africa in 1999. The first U.S. cases were confirmed in New York City in 1999, and it has now spread throughout much of the world. Though 80% of infections are subclinical — meaning they yield no symptoms — those who do get sick can get very sick. The virus can lead to encephalitis — inflammation of the brain and nervous system — and even death, with 286 people dying from West Nile in the U.S. in 2012. There were more than 5,500 cases reported that year, and the scary thing is that as the climate warms, West Nile will continue to spread.

That’s the conclusion of a new study from a team of researchers in the U.S., Britain and Germany, including those at the Center for Tropical Research at UCLA’s Institute of the Environment and Sustainability. In a study published in the journal Global Change Biology, the researchers took climate and species-distribution data, and created models that try to project the spread of the virus as the globe warms. West Nile virus is carried by mosquitoes, and infected insects transmit the virus to human beings with a bite. But birds play a role too — if bitten by an infected mosquito, birds can generate high levels of the virus in their bloodstream, and can then transmit it to uninfected mosquitoes, which in turn can infect people. The biggest indicator of whether West Nile virus will occur is the maximum temperature of the warmest month of the year, which is why the virus has caused the most damage in hot southern states like Texas.

The UCLA model indicates that higher temperatures and lower precipitation will generally lead to more cases of West Nile, as well as the spread of the virus to northern territories that haven’t yet been affected by it. In California alone, for example, more than half of the state will see an increased probability of West Nile in the decades to come, and by 2080 the virus may well be prevalent in parts of southern Canada, and as far north as northern British Columbia, as you can see in this map:

The UCLA model looks only at climate data and doesn’t take into account the kind of control methods that can be used to combat West Nile on the ground, including pesticide spraying and land-use changes that deny mosquitoes the pools of stagnant water they use as breeding sites. That’s important to remember: while climate change can raise the risk of typically tropical diseases like West Nile or malaria, smart control efforts can offset at least some of that danger. (Malaria used to be common throughout much of the South — which is easily warm enough in the summer for the disease — before steps were taken to eliminate it, a process that led to the creation of the Centers for Disease Control and Prevention.) But the UCLA study underscores the fact that climate change operates as a threat multiplier for tropical diseases, one that will allow pathogens to invade new territory — and, ultimately, us. 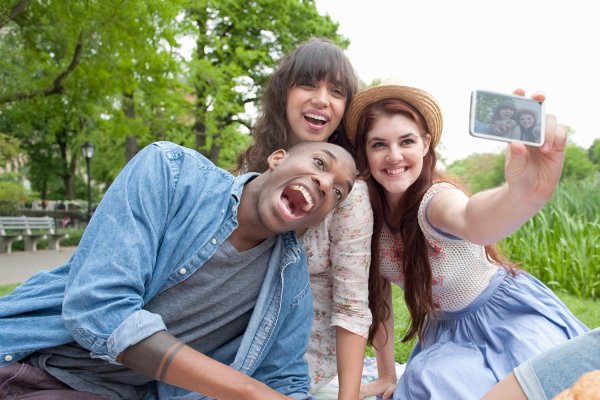