The 5 Jobs Most Likely to Make You Sick

Talk about an occupational hazard: 40 percent of Australian workers may be exposed to chemicals that boost their risk of developing cancer, according to a team of Aussie researchers. Solar radiation, tobacco smoke, and diesel engine exhaust topped the list of the most common disease-causing culprits.
While some jobs, such as logging and power line repairing, are inherently dangerous–they rack up some of the highest fatalities each year–your career could be making you sick without you realizing it. Keep clicking for the five jobs most likely to put your health on the line.

Although farmers tend to have lower death rates due to heart disease and cancers of the lung, esophagus, bladder, and colon–likely thanks to lower smoking rates and a physically active lifestyle–they have an exceptionally high risk of other conditions, according to the National Cancer Institute. Among them: leukemia, non-Hodgkin lymphoma, multiple myeloma, soft tissue sarcoma, and cancers of the skin, lip, stomach, brain, and prostate. Why? Farmers are exposed to a wide range of hazardous chemicals including pesticides, engine exhaust, fertilizers, fungicide, and fuels, as well as animal viruses and dust. (What’s hiding in your laundry detergent? It could be one of 6 Sneaky Cancer Culprits.)

Falling objects and machines that turn digits into stumps aren’t the only on-site dangers. Roughly 1.3 million construction workers are currently exposed to asbestos, according to the American Lung Association. Small fibers of asbestos build up in your lungs over time, causing scarring that can stiffen your breathers–a condition called asbestosis. The kicker: Asbestosis and malignant mesothelioma–a fatal cancer also caused by asbestos–can take as long as 40 years to develop after you’ve been exposed to the toxin. If you’ve worked in construction, talk to your doctor about whether you should receive a lung cancer screening, which can also detect these conditions. Last year, the U.S. Preventive Services Task Force released guidelines on lung cancer screenings that include those who’ve been exposed to asbestos.

Trauma and smoke inhalation must be the most serious threats, right? Nope: Firefighters are seven times more likely to die of a heart attack than smoke inhalation and nearly twice as likely to kick the bucket because of ticker trouble than trauma, the U.S. Fire Administration reports. Blame physical and psychological stress: Firefighters’ risk of heart attack increases up to 100-fold while battling a blaze, suggests a Harvard study. (Safeguard your body’s most important organ: 100 Ways to Protect Your Heart.)

The saying, “don’t fly too close to the sun” takes on a whole new meaning when it comes to airline pilots. Researchers at the University of Iceland found that airline pilots have 25 times the normal rate of malignant melanoma, the deadliest form of skin cancer. Cosmic radiation may be partly to blame, but researchers suggest lifestyle factors play a role in pilots’ susceptibility to skin cancer, too. These include excessive sunbathing when they’re not up in the air–hello, free flights to tropical locales–and disrupted circadian rhythms when crossing multiple time zones, which could affect the body’s ability to fight off disease.

Despite your cushy chair and ergonomic keyboard, your desk-bound career is hardly harmless. A sedentary job is associated with an 82 percent increased risk of dying from cardiovascular disease compared to those who spend less than four hours per week sitting on the job, suggest new University of South Carolina research. In addition to the obvious–inactivity means burning fewer calories–excessive sitting causes changes in how well your muscles gobble up glucose and burn fat. Fortunately, researchers discovered that regular exercise significantly chips away at desk jockeying’s damaging effects. (Did you know doing pull-ups every day could increase your overall fitness? In fact, it’s one of the 16 Life-Changing Strategies you should try, today!)

This article was written by Paige Greenfield and originally appeared on Menshealth.com. 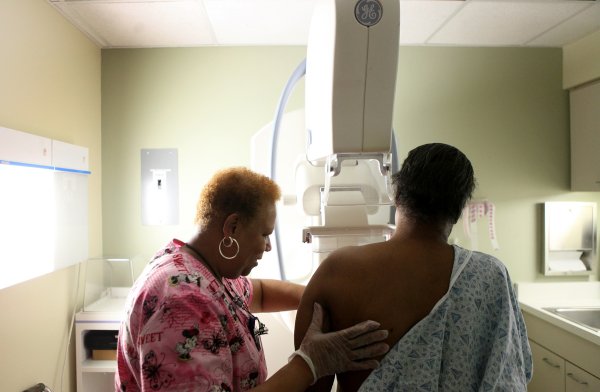 The Cost of Chasing Cancer
Next Up: Editor's Pick