New Samsung Chromebooks Aim to Leave the Bargain Basement Behind

According to market researcher NPD, Samsung is by far the most successful seller of computers based on Google’s Chromebook platform in the U.S., with 60 percent of the market in 2013. But it has more and more company: Acer, Asus, Dell, HP, Toshiba and Google itself all make Chrome machines in a variety of sizes and with varying approaches.

Today, Samsung is announcing a line of Chromebooks it calls Chromebook 2 — and since it includes two models for the first time, it does indeed count as a line. The changes involved are incremental, but they continue the general recent trend of Chromebooks increasingly encroaching on the low end of the market for Windows-based notebooks.

For the first time, Samsung is offering a 13.3-inch Chromebook with a 1920-by-1080 HD screen — a size which makes for a more plausible primary computer for more people than Samsung’s current 11.6″ model. It weighs 3.09 pounds and comes with a 2.1-GHz Exynos processor, 4GB of RAM and 16GB of solid-state storage.

Samsung says it can run for up to 8.5 hours on a charge. And rather than looking like a knockoff of Apple’s MacBook Air done in plastic, as the existing Chromebook does, it’s got a gray case done up in a stitched, leather-like material, a look also seen in other Samsung devices such as the Galaxy Note 3. (I’ll reserve judgement on whether that’s a touch of class or tacky until I’ve seen the system in person.)

The Chromebook 2 line also includes a revised 11.6-inch model, still with a 1366-by-768 screen. It, too, is at least a bit less MacBook-like than its predecessor, since it comes in black and white variants, also with the leather-ish look, rather than the silver of the current version. Its specs are similar to the 13.3-inch model and a little nicer than the current model, with a 1.9-GHz Exynos chip, 4GB of RAM and 16GB of storage. It weighs 2.43 pounds and is rated for up to eight hours of battery life.

If Google-powered laptops have been selling quite well lately, it’s surely in part because they’re typically priced below the cost of even typical low-end Windows machines. Samsung’s new models cross over into Windows territory, price wise; if they sell well, it’ll be because customers — consumers, as well as the schools Samsung says are a major market for Chromebooks — opted for them over Windows models based on their merits rather than because they couldn’t afford anything else. 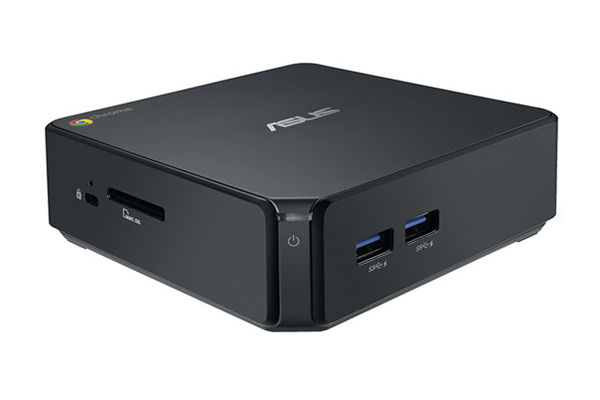