A day after pleasing Palestinians by calling attention to their incipient statehood and praying at the concrete barrier that symbolizes Israel’s occupation of their land, Pope Francis made a concerted effort to engage Israelis on Monday.

The pontiff prayed at the Wailing Wall, laid a wreath on the grave of the founding father of Zionism, and spoke movingly at Yad Vashem, the Holocaust museum where he kissed the hands of Israeli Jews who survived the Nazi regime.

Francis also gamely accommodated a request from Prime Minister Benjamin Netanyahu, who after seeing the Pope stop to pray in Bethlehem at the separation barrier that divides Israel from Palestinian territory, asked the pontiff to add a stop to his schedule in Jerusalem: A memorial to victims of terror attacks, which Netanyahu pointed out was the reason the barrier was put up.

The result was a photo of Francis bending to the terror memorial, as Netanyahu and a phalanx of fellow officials look on from close quarters. A less forced symmetry with the Bethlehem stop–which had been the Pope’s own idea–had occurred less than an hour earlier, in the image of the Pontiff praying before the Western Wall, a palm on the massive Herodian stones that had formed the foundation of the Temple where God was believed to reside.

But on the final and busiest day of his three-day Holy Land tour, it’s the effort that counts, especially in Israel.

“Every single gesture on this trip has some significance,” says Jeffrey Woolf, a scholar of Christian-Jewish relations at Bar Ilan University in Ramat Gan, outside Tel Aviv. “And we, because we live in an Internet age which cultivates superficial thought, have no idea how powerful these can be. But in the Middle East it certainly [resonates] very powerfully.”

“All these actions are very loaded,” Woolf tells TIME. “He crammed a lot of meaning into a few hours.”

The Pope’s itinerary in Israel was intended to bridge tensions that extend to Biblical times, says Woolf, and address the schism between the emerging Christian church and the Jews its leaders rejected, and later oppressed. “Look, [Jews] have a 2,000-year account with the Catholic Church,” says Woolf. “It’s a fact that the fundamental oppression of the Jews was enforced by the papacy.”

So it was that Francis’ visit to the Western Wall, a standard stop for any VIP visit, carried particular significance for Jewish Israelis. “For 2,000 years about, the destruction of the Temple was the symbol of the rejection of the Jews,” Woolf says. “And now the Pope is going to the Wall. That’s an affirmation. That’s a powerful switch, that [Catholics]no longer believe the Jews are a ‘fossil religion.’”

The visit also carried a modern ecumenical message, as the pontiff, after turning from the wall, embraced two old friends from his native Argentina, a rabbi and an imam, who are his traveling companions on the trip.

The pope then did something no other pontiff has done: He honored the grave of Theodor Herzl, the Austrian journalist who championed the idea of a Jewish homeland after realizing anti-Semitism in Europe could not be overcome. The gesture was an effort to undo a specific slight: Pope Pius X’s tart rejection of Herzl’s movement, dubbed Zionism. Woolf adds that Francis’s move also represents a belief in Israel’s right to exist. “By going to Herzl’s grave he’s making a statement that the founding of the state of Israel is not a result of the Holocaust; it’s an understanding of it as an assertion of the right of self-determination.”

At Yad Vashem, the museum documenting the murder of the 6-million Jews killed by Nazi Germany, Francis quoted the book of Genesis, where after his creation has sinned God asks, “Adam, where are you?”

“Who corrupted you?” Francis asks. “Who disfigured you? Who led you to presume that you are the master of good and evil? Who convinced you that you are God? Not only did you torture and kill your brothers and sisters, but you offered them in sacrifice to yourself because you made yourself a god.”

The pontiff also met with Israeli President Shimon Peres, who earlier agreed to travel to the Vatican to pray for peace with Palestinian Authority President Mahmoud Abbas; and with Netanyahu, who as prime minister would be in a position to actually make peace. There was a brief session as well with religious leaders: The chief rabbis of both major Jewish traditions, who joined the pontiff in a vow to fight anti-Semitism, and the Muslim Grand Mufti of Jerusalem, during a brief visit to the Haram al-Sharif, as Muslims call the Temple Mount above the Western wall.

There, with an Israeli helicopter hovering overhead, the Pope made yet another plea for peace. “Dear friends, from this holy place I make a heartfelt plea to all people and to all communities who look to Abraham,” Francis says. “May no one abuse the name of God through violence.” 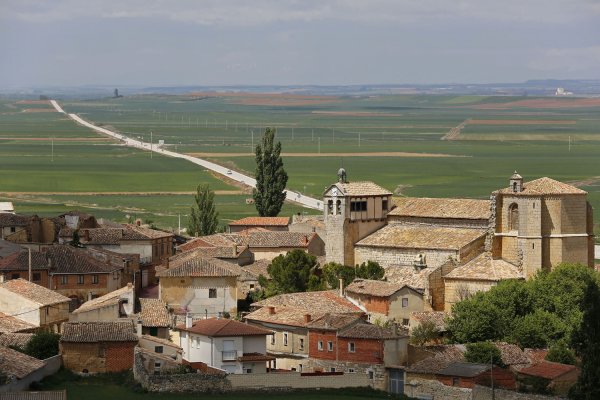