Pharrell Is Eager to Please on 'G I R L'

One of 2013’s greatest musical diversions was the two-horse race for the title of “Song of the Summer,” a designation that’s acquired a surprising amount of significance in recent years. While lead artists Robin Thicke and Daft Punk surely benefited from the battle, the contest’s true victor was the only person to appear on both songs: singer/rapper/producer extraordinaire Pharrell Williams, winking and grinning his way through the flirty pop-soul of “Blurred Lines” and vocally floating over the shiny, funky riffs of “Get Lucky.” The two blockbuster hits were the tentpoles supporting a larger creative renaissance for Williams, whose influence on music returned to levels he last glimpsed a decade ago as half of the groundbreaking production duo The Neptunes. His rebirth wasn’t limited to mainstream smashes, either: he produced a series of lower-profile standouts on albums by Miley Cyrus, Beyoncé, Kelly Rowland, 2 Chainz and Pusha T, among others.

While Williams was undeniably restored to a position of major prominence last year, it didn’t seem like a solo venture was in the cards from the outside. That changed when “Happy,” one of his contributions to the Despicable Me 2 soundtrack, began to gain commercial steam, helped along by a 24 hour music video studded with celebrity cameos — from the film’s star Steve Carell to Magic Johnson and Jimmy Kimmel — that captured the song’s simple effervescence.

The song has since soared to #1 on the Billboard Hot 100, and it’s from this position of comprehensive commercial unassailability that Williams is releasing G I R L, his second solo full-length. An earlier effort, 2006’s hip-hop heavy In My Mind, felt more like an exercise in scratching an itch to make it on his own than a focused, aspirational record; G I R L is different, more ambitious. The album’s impressive list of collaborators — the aforementioned Cyrus, Justin Timberlake, Daft Punk, JoJo and movie soundtrack guru Hans Zimmer, to name a few — feels less like a collection of available friends than both a flash of Williams’ considerable Rolodex, and the music industry’s tacit endorsement of his impending individual stardom.

All of that imposing star power wouldn’t matter without a spine of quality songwriting, and fortunately, Williams delivers: his deft hand for arrangement, generosity with hooks, and eagerness to please leaves G I R L gleaming from top to bottom. The album blossoms out of “Happy,” which lies at its core: every song rings with a breezy, nimble joy. (In one instance, the breeze is a little more explicit: that’s the Daft Punk feature “Gust of Wind,” a roller disco strut lifted by taut, rising strings that’ll wake a dormant desire for gliding around a yacht’s wooden deck, hair shining in the sunlight.) He is a giving and agile composer, offering subtle variations on the album’s template of rich, flighty pop-soul depending on the talent at hand: a sterling collaboration with Timberlake, “Brand New,” highlights their duelling, fluttering falsettos, while a later Cyrus feature, “Come Get It Bae,” blushes with the slightest hint of blustery Southern charm. He’s not an especially talented singer — a fact that’s thrown into sharp light by “Brand New,” where he audibly strains to match the agility and weightlessness of Timberlake’s vocals — but Williams has enough charisma and lightness to coast over top of G I R L’s easy-going melodies.

When the album falters, it’s usually on its lyrical front: Williams has never been a particularly graceful or clever wordsmith, instead skating by on his natural charm. True to form, G I R L contains its fair share of clunkers, led by this dreadful couplet from the brash “Hunter”: “Duck Dynasty’s cool and all / But they got nothin’ on a female’s call.” (If meteorological knee-slappers are more your style, head straight to “Gust of Wind”: “When I open the window / I wanna hug you / ‘Cause you remind me of the air!”) Overlooking these transgressions may prove difficult for the lyrically inclined, but those who manage it can freely bask in some of the year’s most luxurious and benevolent pop music to date. 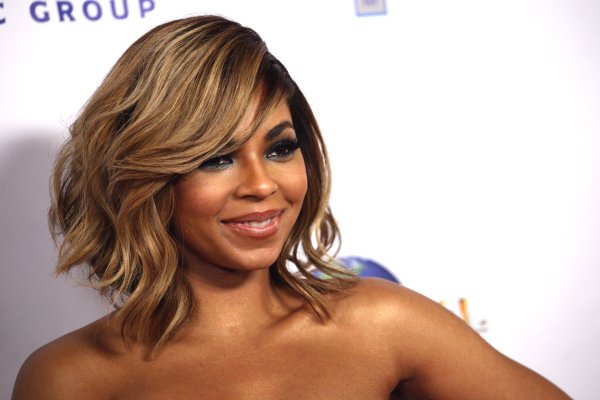