A Glimpse at Cortana, Microsoft's Version of Siri and Google Now

Microsoft’s long-rumored virtual assistant Cortana will likely make its debut next month at the company’s Build developer conference. In the meantime, The Verge is showing what the Halo-inspired AI might look like.

Cortana reportedly takes some cues from Siri, addressing the user by name and showing an animation — a circular blue icon, as opposed to Siri’s white microphone — when it’s thinking or speaking. Users will apparently be able to ask Cortana questions by voice or type them in.

But Microsoft’s assistant will also reportedly borrow ideas from Google Now, digging into e-mail, location and other sources of personal data to serve up information without the user having to ask for it.

As we’ve seen with Google Now, e-mail can be a pretty rich data source for things like flights, restaurant reservations, ticket purchases and incoming packages. A virtual assistant could use this data to give directions when it’s time to leave for dinner, or let you know what the weather will be like on your next trip. It’s as creepy as it is useful. (Thankfully, Cortana will apparently let users control which data the service can access, or turn off e-mail monitoring entirely.)

At first, Cortana will reportedly be part of Windows Phone 8.1, which itself will be revealed in full next month. But as Microsoft slowly merges its phone and tablet operating systems, it seems likely that Cortana would find its way into Windows as well.

This is Cortana, Microsoft’s answer to Siri [The Verge] 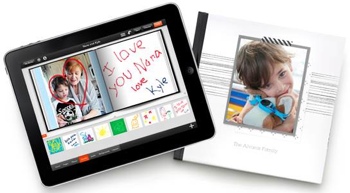