Ukraine Will 'Never Give Up' Crimea, Says Premier

Ukraine’s Prime Minister said on Monday that his country would “never give up” the region of Crimea, as President Vladimir Putin’s Russian forces and pro-Russian Ukrainian soldiers seemed to further establish their strategic control over parts of the peninsula.

Prime Minister Arseniy Yatseniuk called on western nations for political and economic support while asserting that Crimea would remain part of his country. Yatseniuk told press at a news conference on Monday that there were currently “no military options on the table”, despite the fact that Russia had effectively taken control of the Crimean peninsula, reports AP.

Russia has defied calls from western powers to pull back his troops from Ukraine, including from leaders of the G7 nations (the U.S., U.K., France, Germany, Japan, Italy and Canada) who issued a joint statement condemning the Russian Federation’s “clear violation of the sovereignty and territorial integrity of Ukraine” on Sunday.

The U.S., UK and other nations have said they are suspending preparations to attend the G8 summit in Sochi, Russia this summer, and the U.S. has hinted at stronger measures such as asset freezes and possible sanctions. Secretary of State John Kerry is due to travel to Ukraine to meet with the new government on Tuesday.

On Monday Russia’s foreign minister, Sergei Lavrov, defended Russia’s actions as “a question of defending our citizens and compatriots” and “ensuring human rights”. 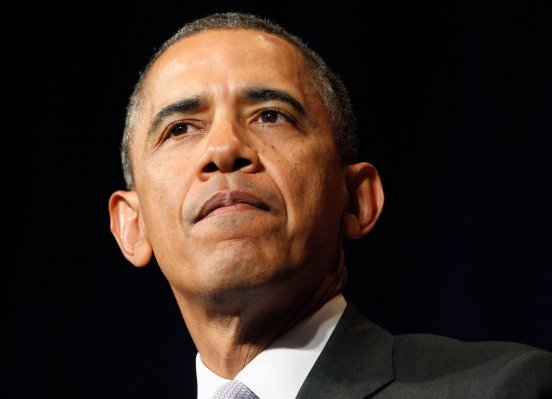 Obama Warns Netanyahu On Peace Talks
Next Up: Editor's Pick