California Governor Unsure if Legal Pot is a Good Idea

California Gov. Jerry Brown speaks to reporters after filing paperwork for re-election at the Alameda County Registrar of Voters on Feb. 28, 2014 in Oakland, Calif.
Justin Sullivan—Getty Images
By Nate Rawlings

During California Governor Jerry Brown’s first stint in the job from 1975 to 1983, he earned the nickname “Governor Moonbeam” for his ability to attract the young, idealistic, nontraditional voting block. He once called the Golden State “the world’s largest outdoor mental asylum,” saying in 1979, “If it babbles and its eyeballs are glazed, it probably comes from California.”

Now in the middle of his second act as governor, Brown worries that too many glazed eyeballs might be a bad thing for America’s most populous state. During an appearance on Meet the Press Sunday, Brown said he worried about the ripple effects of fully legalizing marijuana. “The problem with anything, a certain amount is OK. But there is a tendency to go to extremes,” Brown said. “And all of a sudden, if there’s advertising and legitimacy, how many people can get stoned and still have a great state or a great nation?”

Brown said that he will watch Colorado and Washington, which have regulated the growth and sale of recreational marijuana at state-licensed stores, to see if California should extend its own legalization of pot for medicinal use. “I’d really like those two states to show us how it’s going to work,” Brown said. “The world’s pretty dangerous, very competitive. I think we need to stay alert, if not 24 hours a day, more than some of the potheads might be able to put together.”

Brown will be running for reelection next November for his fourth overall term. Known for his progressive politics, Brown has touted his fiscal discipline, turning California’s budget deficit into a multi-billion dollar surplus. “You’ve got to be tough on spending,” Brown said. “No matter how liberal you want to be, at the end of the day, fiscal discipline is the fundamental predicate of a free society.” 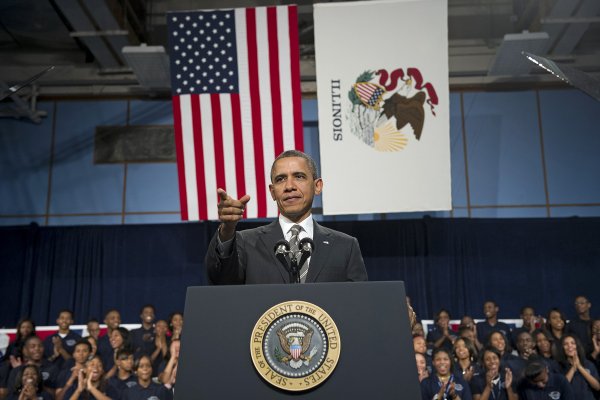