Apple's iOS in the Car Is Arriving, and It's Called CarPlay

At last June’s WWDC keynote, Apple unveiled a bunch of stuff — including a sleeper sort of product it called iOS in the Car. The idea was to let auto makers give their vehicles the ability to serve as a second screen for a driver’s iPhone, with bigger-screen versions of apps such as Music and Maps and voice control provided by Siri.

Now iOS in the Car is ready to hit the road. Confirming a story reported last week by the Financial Times, Ferrari, Mercedes-Benz and Volvo are at the Geneva International Motor Show announcing that they’re rolling out the feature — which is now called CarPlay — in new vehicles this year. If you aren’t planning to buy a Ferrari, a Mercedes or a Volvo anytime soon, you might still be able to put CarPlay on your shopping list next time you get new wheels: BMW, Ford, General Motors, Honda, Hyundai, Jaguar, Land Rover, Kia, Mitsubishi, Nissan, Subaru, Suzuki, Toyota and others are also planning to support it in future models.

With all due respect to the automotive industry, which has made a lot of progress in the last few years modernizing its entertainment and information systems, its standards of interface polish still don’t come anywhere near Apple-like levels. So it’s good news that Apple itself is building a car-friendly interface. Unlike a smartwatch or a TV, it may not count as the all-new product category that people are sitting around waiting for Apple to enter, but it’s closer than anything else Apple has done in the Tim Cook era. 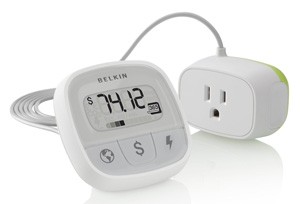 6 Gadgets That Help You Save Energy (and Money)
Next Up: Editor's Pick