Winter Sleep: Can a Three-Hour-Plus Prize-Winner Be Just Pretty Good?

The second day of the 67th Cannes Film Festival, a three hour, sixteen-minute Turkish film was the hot ticket — so hot that, despite begging, jostling and running a quarter-mile obstacle course to get past the guards, neither Mary Corliss nor I could gain admittance to Nuri Bilge Ceylan’s Winter Sleep.

By the time we finally caught up with it at a closing-day screening today, the Anatolian talkathon had garnered a sheaf of raves (“a cat’s whisker away from being a masterpiece” —Nikola Grozdanovic, Way Too Indie) and a few derisive dismissals (“Yak yak yak yak yak” —Gavin Smith, Film Comment). This afternoon it snagged the FIPRESCI Critics Prize for best film in the Cannes competition, and no one at tonight’s closing ceremony would be astonished if it took one of the top awards, possibly the Palme d’Or, which last year went to the three-hour La vie d’Adèle, aka Blue Is the Warmest Color.

(READ: When Cannes Got the Hots for Blue Is the Warmest Color)

So, after all that urgent chatter, how is Winter Sleep? Pretty good. It’s true that an extra-long movie can spur passionate cinephiles to extremes: they fall in love with it or furiously denounce it. Forty years ago, when Jacques Rivette set up a nonstop screening of his 13-hour Out One for a group of critics and friends, the attendees emerged to smother the French director in compliments. Rivette’s dry explanation for all the raves: “La durée.” Which translates as “They’re congratulating themselves for having sat through it.”

Still, any film of any length can be approached and appreciated in moderation. Given that the title virtually encourages viewers to nap during the proceedings, Winter Sleep is no chore to sit through. Most of its characters are complex and compelling, and the actors’ faces, craggy or lustrous, reward fascinated study. The movie indulges one frustrating narrative trope in too many Cannes contenders: the unexplained disappearance of a major figure more than halfway through the story, as with the Kristen Stewart character in Clouds of Sils Maria and the lawyer friend in Leviathan. But as austere soap opera or probing character study, Winter Sleep validates the viewer’s attention, if not its nearly 200-min. running time — make that ambling time.

(READ: The Corlisses’ reviews of Clouds of Sils Maria and Leviathan)

Nestled high in picturesque Cappadocia, the Turkish alpine region where homes are built into volcanic peaks, the Hotel Othello is open all year for tourists. Its owner-manager, Aydin (Haluk Bilginer), also has properties around the village, and his employees have recently manhandled the surly tenant Ismail (Nejat Isler) who is long overdue in his rent. One winter morning Ismail’s young son Ilyas (Emirhan Doruktutan) throws a rock at the window of a truck carrying Aydin, and a simmering dispute erupts with Ismail. Aydin returns to the hotel, which he runs with the help of his lovely young wife Nihal (Melisa Sözen) and divorced sister Necla (Demet Akbag). The restless Nihal has busied herself with a school charity involving the local teacher Levent (Nadir Sarabacak), and this stirs Aydin’s ire, though not quite of the Othello variety.

Shakespeare does get quoted (Hamlet’s “Thus conscience doth make cowards of us all”), but the apter literary touchstone here is Chekhov — the shifting vectors of love and animosity in a land locked in the past — and the cinematic reference is Ingmar Bergman’s oeuvre of troubled souls spitting out their anxieties. Even Bergman in Winter Light or Scenes from a Marriage didn’t produce dialogues as intricate and exhausting as the ones between Aydin and his sister or Aydin and his wife. These conversations may last for 15 or 20 mins.; they build, brick by resentful brick, as the each woman spills out her guts while hardly raising her voice. When Nihal calls Aydin “an unbearable man,” she is delivering not an operatic aria but a coroner’s report.

And Aydin, a former actor who hopes to write a history of Turkish theater, doesn’t give her the satisfaction of a ferocious footlights retort. It’s as if he doesn’t take her arguments seriously enough to be wounded by them. Nor does Ceylan take evident sides in these wrangles. “The awful thing about life,” says Jean Renoir in his 1939 masterpiece The Rules of the Game, “is that everyone has his reasons.” Winter Sleep portrays all its characters in their full complexity, complacency or contempt.

The rock that shatters the truck window is the movie’s only obvious act of violence. And there’s a moment toward the end — a man with a gun in a shooting party attended by his perceived rival — that blessedly does not conform to melodrama. But other late scenes do dip into cliché. You will not be disappointed if you suspect that, when Nahil and Ismail are in a small room with a pile of Turkish liras and a fireplace, the money will find the flames. And the final moments contain the film’s only voiceover narration, which makes numbingly explicit what the eloquent faces of the actors reveal on the screen. That’s the last 15 minutes: an empty gesture followed by too explicit emotion.

So this critic would say of Winter Sleep: It’s good, just not that good. Not Palme d’Or good. 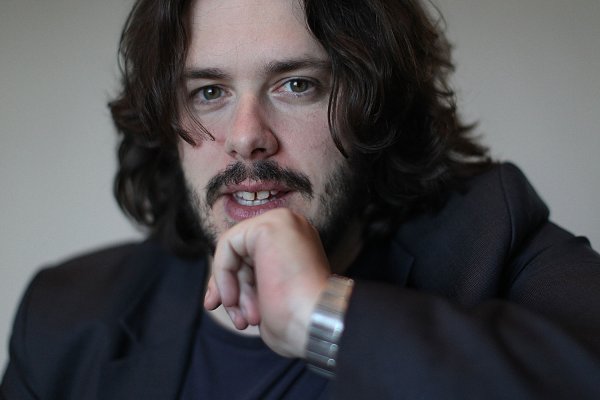