A seasoned photographer and photo editor, Hershorn described how he captured the photo: “I saw the storm clouds forming while I was shooting some pictures of lower Manhattan from Jersey City right across from One World Trade Center. I was shooting with a point and shoot camera so I raced home and grabbed my real camera and tripod and went to a gazebo next to the Hudson River and shot endless 10 second exposures hoping to catch the bolts of lightning. I shot about 150 pictures and 6 frames had lightning bolts. I missed about 5 others in between frames. I was able to shoot from a covered spot in the pouring rain. It feels like I spend half my life shooting the New York skyline but have been waiting for years to have the perfect electrical storm around sunset…[T]he light in the sky was nicely balanced with the lightning and the brightness of the buildings on the skyline.”

MORE: One World Trade Center: How New York rebuilt the tallest skyscraper in the Western Hemisphere 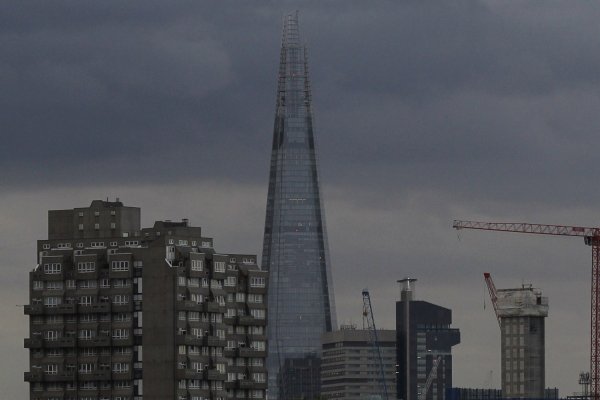 Watch Lightning "Strike" The Tallest Building in Western Europe
Next Up: Editor's Pick