This Is How the Patent Trolls and Trial Lawyers Won

The early morning sun rises behind the US Capitol Building in Washington, DC.
Mark Wilson—Getty Images
By Sam Gustin

For over a year, intellectual property reform advocates and their allies in Congress have been trying to advance legislation designed to crack down on so-called patent trolls, which are firms that don’t build products, but rather seek to extract license fees or legal judgments from other companies. Until recently, prospects for reform appeared good, as lawmakers honed legislation that would curb the worst kind of patent troll abuse.

But this week, the process ground to a halt, after Sen. Pat Leahy, the powerful Vermont Democrat who chairs the Senate Judiciary Committee, abruptly yanked the “Patent Transparency and Improvements Act” from the Senate agenda, effectively killing the bill for the foreseeable future.

Patent reform advocates reacted with dismay, but Sen. Leahy said he had no choice because lawmakers had been unable to bring the issue’s various stakeholders together. “I have said all along that we needed broad bipartisan support to get a bill through the Senate,” Sen. Leahy said in a statement. “Regrettably, competing companies on both sides of this issue refused to come to agreement on how to achieve that goal.”

“If the stakeholders are able to reach a more targeted agreement that focuses on the problem of patent trolls, there will be a path for passage this year and I will bring it immediately to the Committee,” Leahy added.

The bill would have increased transparency in patent ownership, allowed patent infringement cases to be stayed while the suits are litigated, and cracked down on frivolous demand letters. The bill would have also opened to the door to what’s known as “fee shifting,” which is the idea that if plaintiffs lose a patent case, they should be on the hook for the defendant’s legal fees.

According to multiple reports, Sen. Majority Leader Harry Reid, the Nevada Democrat, pressured Leahy to abandon the legislation, warning that the bill had no chance of passing the full Senate. “While the announcement came from Leahy, sources close to the negotiations all pointed to [Reid] as the one who really killed the bill,” Ars Technica reported. Reid “played a decisive, behind-the-scenes role in the legislation’s fate, according to sources on and off the Hill,” Politico added.

Several powerful D.C. lobbying interests, including trial lawyers and the pharmaceutical industry, opposed the bill, according to multiple reports. Reid has raised nearly $4 million in campaign contributions from individuals and political action committees associated with the legal profession since 2009, according to the Center for Responsive Politics. Lawyers and law firms groups are Reid’s top donors over that period of time.

Needless to say, trial lawyers are among the groups that benefit the most from rampant patent litigation. Engine Advocacy, a non-profit group that works to advance the agenda of startups on Capitol Hill, expressed disappointment at Leahy’s action.

“This news is devastating to the welfare of startups who will continue to face the threat of patent trolls,” wrote Engine Advocacy executive director Julie Samuels. “That no agreement could be reached, especially in light of the efforts being made across the committee to find common ground, is also bad news for the economy where annual losses from patent troll litigation are billions of dollars.”

Researchers at Boston University estimate that patent troll lawsuits accounted for $29 billion of direct costs to defendants in 2011, and are “associated with half a trillion dollars of lost wealth to defendants from 1990 through 2010, mostly from technology companies.” 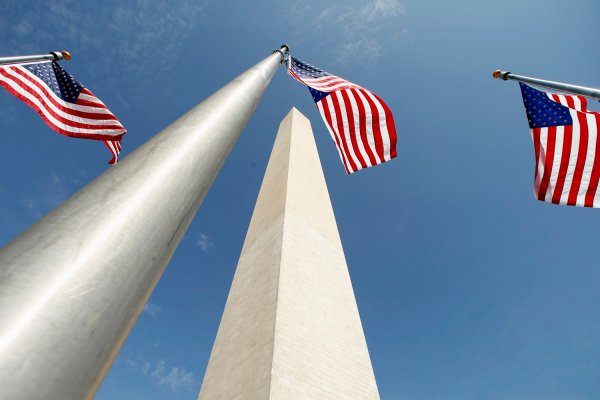 What to Buy This Memorial Day (and What to Skip)
Next Up: Editor's Pick