Prince William, right, and Kate, Duchess of Cambridge, hold the Prince of Cambridge, as they pose for photographers outside St. Mary's Hospital in London, July 23, 2013.
Kirsty Wigglesworth—AP
By Catherine Mayer

He’s already been tapped as Britain’s youngest and highest profile envoy, set to embark on a globe-spanning mission to strengthen the ties that bind the Commonwealth. But unlike most emissaries, Prince George Alexander Louis of Cambridge won’t rely on the force of words to further his cause — and he had to get his great-granny’s permission to make the journey at all.

Heirs to the throne of the United Kingdom and the 15 other Commonwealth realms that bend the knee to Queen Elizabeth II usually travel separately, a precautionary measure to protect the future of the monarchy. But the Queen has agreed to make an exception, and so next month Baby Cambridge will leave the snuggly warmth of his Kensington Palace nursery to jet off with his parents Prince William and the Duchess of Cambridge—Kate—on an official visit to two of those realms, New Zealand and Australia.

Republicanism occasionally bubbles up in these countries, with Australia going so far as to stage a referendum in 1999 on cutting its ties to the crown. Supporters of retaining the Queen as head of state won by almost 10 percentage points, but the vote served as a reminder to the royals that they must keep shoring up their further-flung franchises. Prince Charles and his wife Camilla, Duchess of Cornwall, visited Australia and New Zealand in 2012. Prince William has made four trips to the region, the first in 1983 when he was just nine months old.

This was the first such exercise in diaper diplomacy. In opting to bring their son with them, Charles and his then wife Diana broke with a tradition that outsourced hands-on parenting to relatives and staff when royal duty called. Diana later told her biographer Andrew Morton that her opportunities to spend time with William in Australia and New Zealand had been limited, “but at least we were under the same sky.”

William and Kate’s schedule for their forthcoming trip, which starts in New Zealand’s capital city Wellington on Apr. 7 and ends 18 days later in Australia’s capital Canberra, looks pretty packed. Successful trips generate goodwill in the host countries and promote British products and services, not least that most enduring of brands, House of Windsor. So the royal couple will be on show. They’ll work rope lines, attend receptions, display their athleticism by participating in sporting events, get cheerfully soaked on New Zealand’s Shotover Jet boat ride, and spend an afternoon at Taronga Zoo in Sydney, Australia — a rare species among rare species. Still, by the standards of previous royal tours Will and Kate will set a leisurely pace, ringfencing private family time most days, earmarking a couple of dates for resting beyond the public gaze and spending only two nights away from George.

Baby Cambridge’s own appearances will be more sparing, with photo opportunities limited to perhaps as few as four in total. There’ll be a glimpse when the family disembarks at Wellington Airport. His first ever fully-fledged royal engagement will come a day later, at Government House, when he attends a reception for Plunket, New Zealand’s largest provider of support services for the development, health and wellbeing of children under 5.

It’s a gentle introduction to life as a royal. Parents have been invited to bring their kids, so George may not be the youngest or wriggliest in the room. Laugh, gurgle or cry, he’ll still have done his bit for great-granny and country. As the images of the third in line to the throne are beamed across the world they’ll send a message about the future potential of Britain and its monarchy. Never mind soft power. Britain has babysoft power and it’s not afraid to use it. 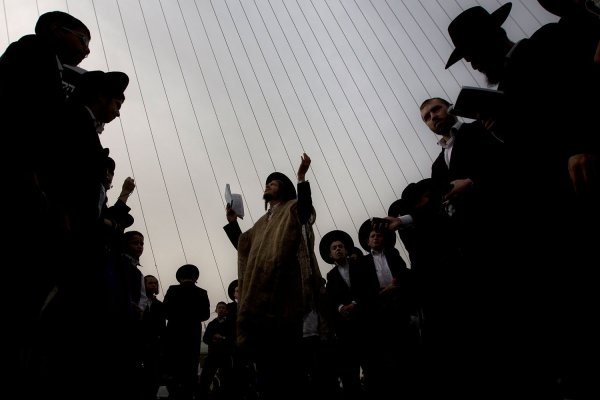