The Normal Heart: How to Transplant a Play

Transplanting stage works to the screen is never easy — or often very successful. The list of hit Broadway musicals, from Annie to Phantom of the Opera, that have bombed in the movie theater is long and discouraging. Straight plays fare no better. August: Osage County, the movie adaptation of Tracy Letts’s prizewinning play, was a painful recent example. Truncated by nearly an hour and “opened up” with vistas of the Oklahoma’s prairie, the drama was robbed of the claustrophobic tension it had onstage, and a great play looked conventional and formulaic as a result.

Sometimes, however, the “opening up” process can be good for a play. When The Normal Heart was first produced at New York City’s Public Theater in 1985, Larry Kramer’s angry indictment of the medical, media and political establishment (as well as much of the gay community) for failing to move faster in combatting the AIDS epidemic struck many as overly strident and polemical. When the play was revived on Broadway in 2011, in an excellent production directed by Joel Grey and George C. Wolfe, the play looked different. Suddenly the hectoring of an activist playwright, writing in the midst of a health emergency (Kramer was one of the founders of the Gay Men’s Health Crisis), had become a historical cautionary tale. The passage of 25 years made Kramer’s moral self-righteousness easier to take.

HBO’s new movie version of the play, directed by Ryan Murphy (the creator of Glee) from a script by Kramer, continues the work’s evolution from heated diatribe to historical document. The movie aims to tell not just the story of an activist named Ned Weeks (a stand-in for Kramer), his relationship with a closeted reporter from the New York Times, and his campaign to sound the alarm about the spreading epidemic, but to chronicle the transformation of an entire generation. It opens in the bright sunshine of a summer weekend on Fire Island — the height of a hedonistic golden age for the gay community — as a reveler suddenly breaks into a coughing fit and collapses on the beach. As the scope of the epidemic becomes clear, we get creepy-nostalgic scenes of the gay bathhouses, depictions of gay sex as graphic as anything I’ve seen on TV (or in movies, for that matter), haunted glimpses of emaciated men with lesions on their face, on the streets or riding the subway.

The techniques are not subtle, a mixture of horror-film tropes and disease-of-the-week TV-movie cliches. And the hectoring has hardly gone away. Much of it comes from Dr. Emma Bookner, the doctor who seems to be the only medical practitioner in the country who recognizes the scope of the crisis — though Julia Roberts, on her Erin Brockovich high horse, is less strident in the role than Tony-winner Ellen Barkin was on Broadway. Mark Ruffalo doesn’t have the intensity that Joe Mantello brought to role of Weeks on stage (Mantello remains in the cast, playing another gay activist), and Jim Parsons’ fairly small role as Tommy Boatright, an early member of the anti-AIDS cadre, has been beefed up, it seems, chiefly to make sure he gets an Emmy nomination.

But the movie has passion, and a pleasing complexity, as it portrays the complicated political struggle faced by the AIDS community as the crisis unfolds. Weeks/Kramer faces opposition, not just from more moderate colleagues over his confrontational approach, but from other activists who fear that spreading too much alarm over AIDS will undo all the progress they have made in battling anti-gay bias. That political debate too seems like ancient history. The Normal Heart’s triumph, on TV even more than on the stage, is to make it urgent once again. 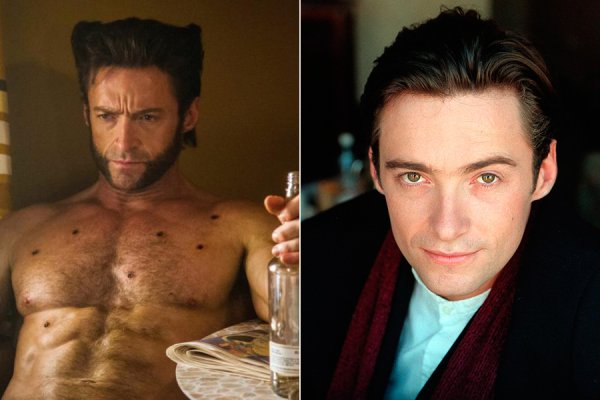 See the X-Men Actors In Days of Present — And Past
Next Up: Editor's Pick