Palestinians weigh heavily on Naim Ateek’s mind as he prepares for Pope Francis’ visit to Jerusalem and Bethlehem this weekend.

Ateek, an Anglican priest, is the founder of Palestinian liberation theology, a movement that for three decades has identified Palestinian occupation with Jesus’ suffering and response to injustice. Ateek’s 1989 book, Justice and Only Justice: A Palestinian Theology of Liberation, is the movement’s foundational work, and he runs the Sabeel Ecumenical Center in Jerusalem and in Nazareth. Sabeel in Arabic means “the way,” or “spring of life-giving water.”

Pope Francis is stepping into a religious and political minefield, Ateek says, like anyone else who visits the region. But because he is the Pope, he has an opportunity to spotlight the Palestinian people in a way that other world leaders cannot.

Ateek is watching the Pope closely, and whatever he says will be a sort of litmus test for Palestinians like him to see if Francis truly means the ethics he has been emphasizing in his young papacy—mercy, compassion and humility. Francis has also been stressing moral courage even when it is an unpopular choice, and Ateek hopes to see him display that courage this weekend.

Francis has so far carefully navigated the region’s divisions. He is taking great care to not cross any borders that are not internationally recognized. He’s taking a helicopter from Amman to Bethlehem, then another helicopter from Bethlehem to Ben Gurion airport in Tel Aviv to officially enter Israel. “That is a good message that he is sending,” Ateek says. “We are appreciative.”

Another test will come on Monday, when Francis is scheduled to lay a wreath at the grave of Theodor Herzl, the man considered the founder of Zionism. “Since he has chosen to do this, I wonder, what is the message he is going to balance it out with when he is speaking about the Palestinians?” Ateek asks. “Maybe he has done this in order to balance things out. If that is the case, that’s fine, but if he goes to Herzl but does not condemn all the injustices and oppression of the people, of the Palestinians, then that is going to be a missed opportunity.” 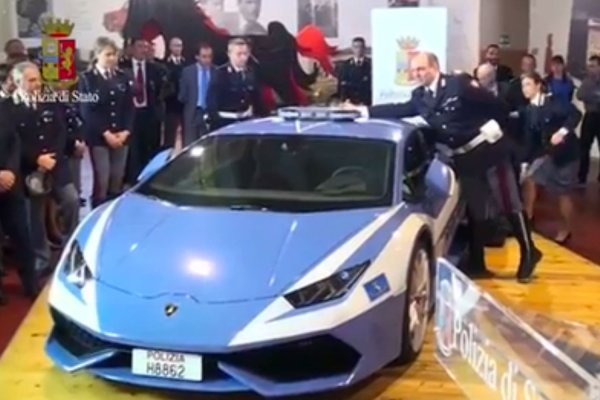 Italian Police Get a Lamborghini to Help Fight Crime in Style
Next Up: Editor's Pick