Call It the Independent Oscar Awards

“In case this is the last time I get to thank anyone,” Jared Leto said yesterday on receiving the Independent Spirit Award for Best Supporting Male, “I wrote down a couple names.” He then thanked his costar Matthew McConaughey, adding, “After Dallas Buyers Club I think I’m gonna pull an opposite McConaissance and just do romantic comedies.” He also thanked homemade burritos, the makers of vegan butter, “Whitcomb L. Judson, the inventor of the zipper,” Wayne Gretzky, David Bowie, Pink Floyd, Ansel Adams, Jackson Pollock, Steve Jobs and Baby Jesus.

And “I want to thank all the women I’ve been with, and all the women who think they’ve been with me.” And “my future ex-wife Lupita” Nyong’o, the 12 Years a Slave actress whom the press has linked romantically, and perhaps fancifully, with Leto. “I’m thinkin’ about ya.” Finally he acknowledged “the 36 million who have died of AIDS and the 35 million who are still living with HIV-AIDS around the world. I dedicate this to you, to the LGBT and Q community. Here’s to life.”

A saving grace of the Independent Spirit Awards, which pay tribute to films with budgets under $20 million, is that the winners don’t get played off the stage after 45 seconds. They get to talk as long as they want; McConaughey, in his speech for winning Best Actor, went on for six (agreeable) minutes. He may have spoken longer: the evening TV version of the afternoon awards, played on IFC, trimmed some of the acceptance speeches, including Leto’s. And it didn’t air or even announce the awards for Foreign Film (Blue Is the Warmest Color), Cinematography (12 Years a Slave), Editing (Short Term 12) or Ensemble Cast, which went to Mud, starring… Matthew McConaughey.

IFC cut those important parts of the ceremony for time, yet kept all of host Patton Oswalt’s subpar opening monologue plus many lame all-star presentations (excepting Andy Samberg and Bill Hader’s droll listing of the women who had inspired them, including Cher, Justine Bateman, Ann Romney, “the queen alien from Aliens,” “the ladies of Living Single” and “the girl with the horns attached to her head in True Detective” — which led them to surmise who is the Yellow King in McConaughey’s HBO series). That the channel also found time to run about 30 minutes of commercials, including seven promos for its own sitcom Portlandia, betrayed the very notion of film independence. Do your own thing and we’ll reward you for it, the show might have told the honored moviemakers. Just don’t expect us to let people see it.

In a way, though, people will get to see a replay of the Independent Spirit Awards tonight; it will be called the 86th Academy Awards. If the predictions of all-knowing outsiders (including me) are accurate, five of the six “major” categories will have the same winners. Leto will have one more chance to thank people, as will McConaughey. Cate Blanchett, for Woody Allen’s Blue Jasmine, and Nyong’o are favored to be the laureled actresses, and 12 Years a Slave the Best Picture.

The one likely difference: Alfonso Cuarón, not Slave’s Steve McQueen, should be named Best Director for Gravity. Only if the unlikely occurs — if Gravity manages to win Best Picture, and Nyong’o gets outpointed by Jennifer Lawrence for her role in American Hustle — will the pack of winners be considered mainstream. Otherwise, this is the year the Academy went off-Hollywood.

(READ: Why Alfonso Cuarón will win Best Director for Gravity)

Of the nine nominees for Best Picture, only four — Gravity, American Hustle, Captain Phillips and The Wolf of Wall Street — had production budgets higher than $25 million. The movies that cost more earned more at the domestic box office: more than $100 million for those four, with Gravity the breakout hit, registering a $270-million North American gross. The five low-budget movies — Slave, Dallas, Philomena, Nebraska and Her — never broke through to the mass audience. Slave reached $50 million just this weekend. Philomena is nearing $35 million, Dallas and Her are stuck at $25 million, and Nebraska scraped up $17 million. Together, these five films have been seen by about the same number of people as saw American Hustle.

Even with the big Gravity number, the nine Best Picture finalists earned about $775 million, or 20 percent below the $940 million amassed by last year’s nine, when six of the finalists (Lincoln, Django Unchained, Les Misérables, Argo, Life of Pi and Silver Linings Playbook) pulled in more than $100 million, and a seventh (Zero Dark Thirty) made $92 million.

(READ: Why Gravity should win Best Picture, but won’t)

Of course a film’s budget, let alone its box-office showing, is incidental to its quality — or to whether it wins an important Oscar. Four years ago, Avatar (cost about $270 million, earned $2.8 billion worldwide) lost Best Picture to The Hurt Locker (cost $15 million, earned less than $50 million). But fewer hit films that dominate the public conversation means fewer people tuning in to the big show. The lack of moviegoers’ investment in more than half of the nine Best Picture nominees is one reason that tonight’s Oscar-cast, however charming Ellen DeGeneres may prove as host, will suffer worse ratings than last year’s.

The program is usually a snooze-a-thon anyway; it’s less appealing and less fun than the Grammy, Emmy or Tony awards. If the television audience is to be entertained, the producers better hope for some blips in the script — like McConaughey removing his shirt to display those fab abs, or Leto thanking Ted Cruz. Then again, Blanchett might save the evening. In 2005, when she won Best Supporting Actress for The Aviator, she told her director, Martin Scorsese, “I hope my son will marry your daughter.” If she made the same vow to her Blue Jasmine director, she could light up the Twitterverse. 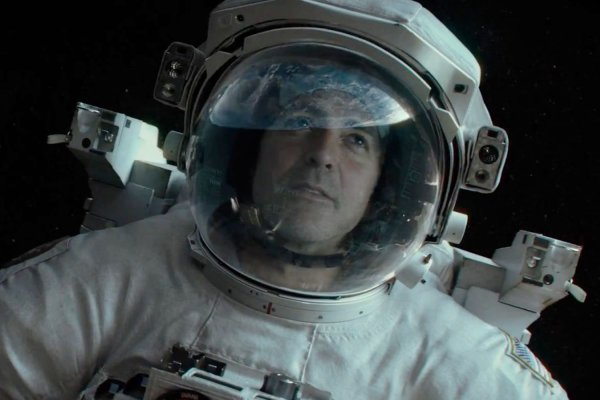 Oscars 2014: Why Alfonso Cuarón Will Win Best Director for 'Gravity'
Next Up: Editor's Pick