Republican Speaker of the House, John Boehner, departs after speaking to the media after the House passed the USA Freedom Act, an NSA reform bill aimed at restricting access to American's phone records, at the US Capitol in Washington, May 22, 2014.
Jim Lo Scalzo—EPA
By Denver Nicks

The House passed legislation Thursday to curtail the National Security Agency’s collection of Americans’ phone records, but the compromise bill left civil liberties groups and privacy advocates unhappy and vowing to fight for stronger reforms in the Senate.

The vote came a year after former NSA contractor Edward Snowden set off a global debate about American surveillance practices by leaking a trove of documents detailing them. Privacy groups pulled their support for the bill before it came to a vote, but it still passed 303-120.

“The House is the beginning of the conversation,” said Mark Jaycox, a legislative analyst with the Electronic Frontier Foundation. “The House wanted to pass something quickly and as a result really watered it down. Now we’re at the Senate where we’ll have to present a stronger bill and where hopefully a stronger bill will move.”

In the days before the USA FREEDOM Act passed the House, support for the bill among the civil liberties groups and tech companies that once championed it all but vanished. Groups that had been lobbying hard on behalf of the bill for months, like EFF, The Center for Democracy and Technology, and the Reform Government Surveillance Coalition, a consortium on tech giants including Facebook and Google, all yanked their endorsements at the 11th hour. Reform advocates were steamed about tweaks made in committee that they felt unacceptably broadened the scope of who and what the NSA can monitor, and also by the elimination of a measure that would have created a privacy advocate on the secretive court that oversees the NSA.

Lawmakers who supported the measure took turns Thursday emphasizing that it would end the “bulk collection” of Americans’ communications. Rep. Mike Rogers (R-Mich.), who chairs the House committee that deals with intelligence matters, called it a “sweet spot” compromise with “strong bipartisan” support. Rep. Jim Sensenbrenner (R-Wis.) said the bill had its shortcomings but was a step in the right direction.

“Let me be clear, I wish this bill did more,” he said. “To my colleagues who lament changes, I agree with you. To privacy groups who are upset about lost provisions, I share your disappointment. The negotiations for this bill were intense, and we had to make compromises, but this bill still deserves support.”

But advocates said the changes left too much open to interpretation and that courts could eventually gut many of the reforms.

“What they’re not doing is defining ‘bulk collection,’” Geiger said.

Amendments to the bill were not allowed as it went from the Rules Committee to a floor vote Thursday.

“All the House of Representatives got was an up or down vote on ambiguous reform on an issue that cause a bona fide international scandal,” Geiger said.

The bill will now go to the Senate, where it will be shepherded by one of its original proponents, Senate Judiciary Chairman Patrick Leahy (D-Vt.).

“Today’s action in the House continues the bipartisan effort to restore Americans’ civil liberties,” Leahy said in a statement after the bill passed. “But I was disappointed that the legislation passed today does not include some of the meaningful reforms contained in the original USA FREEDOM Act. I will continue to push for these important reforms when the Senate Judiciary Committee considers the USA FREEDOM Act next month.”

Whether or not Leahy and his allies will be successful in reinserting some of the reforms that originally won civil libertarian support for the USA FREEDOM Act remains to be seen. The Senate has a stronger cohort of establishment Republicans than the House and fewer Tea Party conservatives whose small-government ethos clashes with the notion of expansive domestic surveillance. On the other hand, the measure will have a powerful ally in Leahy.

“At the end,” Geiger said, “it will come down to whether the senate wants to end mass surveillance or not.” 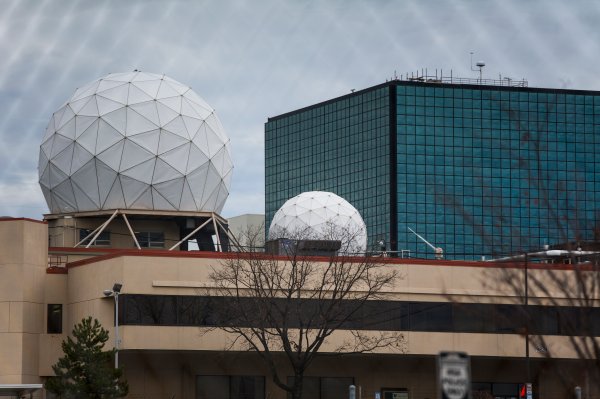