Russian President Vladimir Putin speaks during a meeting with Ministy of Defence representatives at the Bocharov Ruchey State Residence on May 15, 2014 in Sochi, Russia.
Sasha Mordovets—Getty Images
By Rana Foroohar

The politics of energy are getting ever more interesting following the signing of a historic 30 year gas deal between China and Russia. The deal has been portrayed as Putin’s revenge for Western sanctions imposed following the conflict in the Ukraine. He’s sending a message that Russia has other options aside from exporting its natural resources to Europe. (The U.S. is increasingly energy independent and doesn’t need Russian gas.) The photo-op of Chinese president Xi Jinping and Putin downing a shot of vodka following the deal close was classic.

But it’s not time to click glasses quite yet. In fact, I’d argue that the China deal makes Russia–and Putin–look weaker, not stronger. For starters, as a recent Capital Economics report on the topic points out, “while the headline figure of $400 billion seems large” given that it’s 20 percent of Russia’s current GDP, that take is spread out over 30 years. That means we’re talking about $13 billion in additional annual export revenues for Russia–less than a quarter of what they typically export to Europe. Selling to China isn’t going to mean that sanctions won’t hurt. Europe remains Russia’s most important energy market.

Secondly, Russia has been in talks with China for years about this deal, and it’s not an accident that they signed only now, when the country is in a tough spot. The Chinese got a bargain in terms of gas price–they are apparently paying $350 per thousand cubic meters, $50 bucks less per unit than the Russians had wanted, and $20 bucks less than what the Europeans currently pay. No wonder Gazprom shares trade at a huge discount, despite the fact that the company made more money than any other firm in the world last year.

The Russians are also picking up the bulk of the infrastructure development required for the deal (the Chinese are only committing to $20 billion in spending so far, while the project will require at least $55 billion). And, they have plenty of other gas import options from the central Asian republics, which they can of course play off of each other, and Russia, in the years ahead.

What’s particularly sad about this deal is that it just solidifies the image of Russia as a low-end natural resource exporter to more savvy developing nations. This is a country that used to be a world power, and still has plenty of human capital and growth potential. With Putin focused mainly on doling out the country’s resources on the cheap in order to appear politically stronger, it’s unlikely either will be developed. 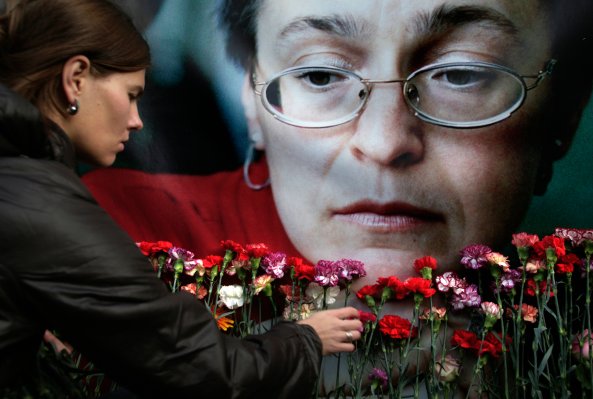 Five Convicted for Murder of Russian Journalist
Next Up: Editor's Pick