Nothing comes free, not even for the President of the United States. So when Barack Obama appeared at Tom Steyer’s San Francisco home for a fundraiser last year, the President had to know there would be an ask. The 56-year-old Steyer is a hedge-fund billionaire and a major-league Democratic donor. He is also convinced that climate change is the biggest threat facing the world–an argument he made clear to Obama that night, when he pressed him to cancel the Keystone XL oil-sands pipeline. “Every generation gets one issue not to muff, and this is the one we can’t muff,” says Steyer. “This is it.”

Obama has long supported efforts to combat climate change and recently directed the Environmental Protection Agency to begin developing regulations to restrict carbon emissions. But at Steyer’s house last April, the President pushed back, warning the well-heeled crowd of donors about the challenging politics of fighting climate change in an age of economic anxiety. “If you’ve still got a job that is powered by cheap energy and you certainly can’t afford to buy a Prius, you may be concerned about the temperature of the planet,” Obama said. “But it’s probably not rising to your No. 1 concern.”

Not even close, as it happens. A March poll by Gallup found that climate change ranked near the bottom of national priorities, with the general level of worry about the environment at the lowest mark since the firm began measuring it in 2001. That’s what makes Tom Steyer’s crusade so challenging–and to him, so necessary. At the beginning of 2013, he stepped down from his hedge fund, Farallon, to focus on the climate fight full time. He’s pledged to spend $50 million of his own money and some $50 million more he plans to raise on the 2014 midterm elections, backing candidates who take climate change seriously–and punishing those who don’t. Given the dire electoral math facing Democrats as they cling to Senate control, Steyer knows his road may be a long one. “Our goal is to make sure that climate and energy are on the ballot,” says Steyer, sitting in the San Francisco offices of NextGen Climate, his political group. “Elected officials will understand that this is actually what people in their state or district want and that it will be hard for them to get elected unless they do what the people want.”

Steyer is used to getting what he wants. Raised on Manhattan’s Upper East Side, he was first in his class at Phillips Exeter Academy and later at Stanford Business School, and in between he graduated summa cum laude from Yale University, where he found time to captain the soccer team. After stints at Morgan Stanley and Goldman Sachs in New York City, he moved to San Francisco and founded Farallon in 1986, making billions in part through bold bets on international crises like the Asian financial crash of the late 1990s. He wears the same plaid tie almost every day and has agreed to give away at least half of his fortune. “He has always been No. 1 in everything,” says Jim Steyer, Tom’s older brother.

That habit continued as Steyer took a more direct hand in politics. In 2010 he spent $5 million on a successful campaign in California to defeat Proposition 23, which would have suspended the state’s landmark climate-change law. He topped that win in 2012, spending $35 million to promote California’s Proposition 39 ballot initiative, which he helped write. That measure closed a tax loophole for out-of-state corporations and funneled $1 billion in new revenue toward clean energy. “He was a major reason why we were able to level the playing field,” says Susan Frank, director of the California Business Alliance for a Green Economy.

Soon Steyer’s ambitions extended beyond the Golden State. In 2013 he backed Ed Markey in the Democratic primary for John Kerry’s vacated Massachusetts Senate seat. Markey, a longtime climate warrior, was always the favorite over Representative Stephen Lynch, who supported Keystone. But Steyer went out of his way to punish Lynch, mounting a $1.8 million campaign and co-signing a letter demanding that Lynch renounce his support for the pipeline by “high noon.” It was a warning shot to the Democratic Party in a safe race: climate politics now had a wealthy champion. Many greens welcomed the aggressiveness. “We’ve gotten so used to the idea that the rich will use their wealth to warp public policy toward their own interests that it’s somehow shocking to see someone use their resources in the services of the public,” says Bill McKibben, a writer and climate activist.

Given all the vitriol environmentalists have directed at conservative megadonors like Charles and David Koch, the liberal celebration of Steyer’s spending can seem a bit naive. “If this is the way it goes, rich people like the Koch brothers and Tom Steyer will be the only ones driving the issue agenda,” says David Donnelly, executive director of Public Campaign Action Fund.

Steyer does not seem too conflicted. He spent some $8 million helping Democrat Terry McAuliffe narrowly defeat Republican Ken Cuccinelli in the Virginia gubernatorial race last year. Cuccinelli was certainly a worthy target–as Virginia attorney general he waged war on climate scientists–but McAuliffe wasn’t exactly deep green himself, supporting oil drilling off Virginia’s coast. Most of Steyer’s attack ads focused more on accusations that Cuccinelli had taken money inappropriately from corporate donors than on his climate politics. While environmentalists were relieved when Cuccinelli lost, there is little evidence that Steyer’s campaign elevated climate issues for Virginia voters. Steyer’s role seemed to have had as much to do with establishing his place on the national stage as it did with climate politics.

Hard-nosed realism–and the money to back it up–is what sets Steyer apart in environmental politics. Take his campaign against Keystone. While activists like McKibben have decried the carbon emissions the pipeline might cause by speeding development of Canadian oil sands, Steyer’s TV and online ads warn that Keystone would be used to ship oil abroad to China and that American consumers would get nothing more than higher gas prices. It’s not an argument anchored in reality–the Washington Post’s Fact Checker column gave a recent NextGen ad on the subject four Pinocchios–but it fits Steyer’s larger conviction that the economy needs to be as big a part of the climate message as the environment. “Sometimes you need to take the fight that’s there,” says Steyer.

So far, the campaign has not changed the basic political hazards of the Keystone issue for Democrats. A recent Washington Post/ABC News poll found that 65% of Americans favor construction of the pipeline while only 22% oppose it. When the State Department concluded in February that stopping the pipeline would not reduce global carbon emissions, since the oil would be shipped by rail or truck, Republicans were joined by several Democrats in calling for Obama to finally approve the project. Those Democrats included members in highly contested seats, like Louisiana Senator Mary Landrieu, who hails from a refinery-friendly state and whose fortunes in November will decide whether the Democrats retain control of the Senate. It’s little wonder that White House senior counselor John Podesta–a longtime friend of Steyer’s–expressed some frustration in a briefing with reporters in March. “With all due respect to my friends in the environmental community, if they expect us to turn off the lights and go home, that’s an impractical suggestion,” he said.

That’s not something Steyer expects. “We cannot say to Americans, ‘Forget about turning on your lights and move back to caves,'” he says. “Our mission is to act politically to prevent climate disaster and preserve American prosperity.” He has no plans to mimic the Tea Party and go after Democrats he disagrees with in primaries. Instead, money will likely be channeled to support Democratic candidates in key elections: Senate races in Colorado and New Hampshire, gubernatorial elections in Florida and Pennsylvania. As with last year’s race in Virginia, the politics of the candidates Steyer supports matters less than who they’re up against. “We’re not expecting 50 Rachel Carsons,” says Chris Lehane, Steyer’s chief adviser, referring to the environmental icon. “But part of what we’re doing is moving the body politic and demonstrating the power of this issue.”

Steyer says he is in this game for the long run, and he might eventually become a competitor. Already there are whispers that he might run for office in California–speculation he doesn’t dismiss. And as his profile has risen, he’s begun drawing direct fire from conservatives who seem intent on doing to Steyer what the Democrats have done to the Kochs. For now, Steyer is a bit like the Keystone pipeline–important as a symbol to the beleaguered environmental movement. “He reminds me of a star quarterback who has this can-do spirit,” says Betsy Taylor, a veteran in green politics. But if the economic anxiety fades and extreme weather events like Hurricane Sandy continue, Steyer’s brand of aggressive climate politics might find a more welcome reception. As Lehane notes, “Nature gets a vote in this too.” 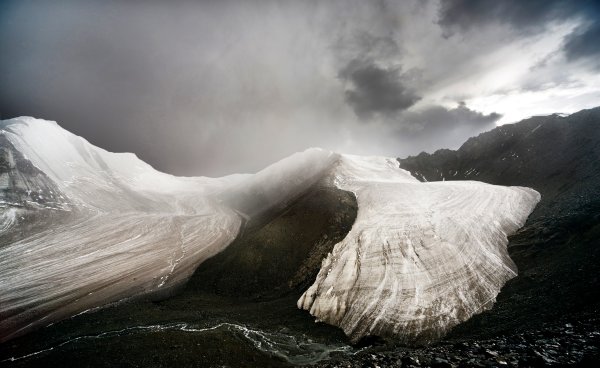 China's Beating the U.S. on Clean Energy
Next Up: Editor's Pick