Knausgaard at his home in Sweden. The third volume of his epic novel My Struggle (Archipelago; 432 pages) will be published in the U.S. on May 27
John Scarisbrick for TIME
By Lisa Abend

We are seated at a café in the gallery of Oslo’s Art Deco Folketeateret, the same place where 18 years ago an editor commissioned what would become Knausgaard’s debut novel. At 45, he has shaggy hair and a punk-rock leather jacket that give him the air of a disaffected teenager. But as with Beckett at the same age, the deeply etched lines in Knausgaard’s face are already his most prominent feature. They fold a little deeper as he talks.

He regrets speaking to all journalists, he says. He won’t stop doing it, because he craves recognition as much as he is embarrassed by his desire for it, but he regrets it nonetheless. He is a shy person, nearly crippled by shame, and yet in his writing and public appearances he keeps revealing secrets. Some revelations are major: his father’s alcoholism, his grandmother’s senility. Some are minor: he admits to Googling himself 20 times a day. He knows that all this makes him seem a caricature–the artist tortured by nothing more terrible than himself. Yet his pained ambivalence has produced a 21st century masterpiece.

On May 27, the third volume in Knausgaard’s six-volume novel, My Struggle, will be published in the U.S. Among a certain set, it is awaited like a new Harry Potter novel. Reviewing the first volume for the New Yorker, critic James Wood placed Knausgaard in the same circle as Leo Tolstoy and Walter Benjamin. Author Zadie Smith has said, “I need the next volume like crack.” In Knausgaard’s native Norway, where My Struggle was published from 2009 to 2011, 500,000 copies have sold–that’s one for every 10 people. “His work,” says Bernhard Ellefsen, literary critic for the Norwegian paper Morgenbladet, “demands a place at the very center of culture.”

The night before our meeting, Knausgaard and Swedish photographer Thomas Wagstrom had presented the latter’s new book, a surprisingly moving collection of images of the backs of people’s necks. Knausgaard read aloud the essay he wrote to accompany the images, shifting his weight so heavily as he spoke that he almost appeared to be walking in place. The sold-out audience was transfixed. Afterward, many stuck around drinking beer in a strangely alert way that suggested they mainly wanted to be in his presence a little longer. Ole Kristian Aardal, a writing student at the nearby Westerdals School of Communication, struggled to convey Knausgaard’s appeal: “He writes so honestly about his life.”

It’s true. In the 3,600 pages of My Struggle, Knausgaard unflinchingly portrays a life–his life, though he says it isn’t autobiography–in banal detail. Momentous events occasionally erupt from the routines of experience. But mostly there is the Proustian stuff that takes up so much time yet tends to be forgotten: the water boiled for tea, the diapers changed, the swim practices attended, the snippy little tiffs with siblings and, later, spouses. Though the story is told in artless language, the work’s power lies in its accumulation of detail.

That none of this comes across as boring is difficult even for Knausgaard to explain. “My first education in writing came from reading thrillers, Ken Follett, people like that, and they all had very powerful narrative motors,” says the writer, who lives in Sweden with his wife Linda and their four children. “Of course, this is not about climbing up some fortress. This is about going to the refrigerator, opening it, seeing what’s in there,” he says. “But there’s always an element of ‘What’s going to happen?’ in a very, very small way.”

In the first volume, Knausgaard combines a narrative about his adolescence, marked by his father’s frequent rage and unpredictable cruelty, with one set more than a decade later, when he and his brother learn of their father’s squalid death from alcoholism and prepare for his funeral. Although the second volume focuses on less scandalous events, the author’s second marriage and the birth of his children, his depictions of this relationship, in both its glorious beginnings and its sulky, resentful midlife, go far beyond the boundaries of normal propriety. “My editor called it hysterical self-confession,” he recalls. “But I sensed an enormous energy in revealing things, all the things you’re not supposed to say.”

His decision to do so without attempting to hide his family members’ identities provoked massive controversy when the books were published in Norway. After threatening legal action, members of his father’s family stopped speaking to him altogether. His first wife, journalist Tonje Aursland, made a radio documentary about the experience of having the intimate details of her marriage to Knausgaard laid bare, her life exploited for his artistic success. “It’s an ethical and aesthetic dilemma,” says Jakob Lothe, a literature professor at the University of Oslo. “He needs to use brutality in his descriptions of others, because without it, the work wouldn’t be what it is. But what Knausgaard might say in his defense is, ‘Yes, I am brutal, I use names, I go too far. But I am much, much harder on myself.'”

And he is. Nearly as controversial as his willingness to expose his family and friends to scrutiny is the light he turns on his own dark corners, including his anger about sharing the burdens of housekeeping and child care, his fierce desire to be left alone to work and his sense of emasculation and humiliation at pushing a stroller through the streets of Stockholm–all of which saw him reviled by feminists in Sweden (one of whom compared him to mass murderer Anders Behring Breivik). At the same time, some men adopted My Struggle as a cri de coeur from what they consider the long-suffering Scandinavian male.

Knausgaard describes his project differently. “This isn’t about revelations or telling stories about my life,” he says. “It’s about a quest.” The quest began in 2008 when, after publishing two novels well received in Norway, he found himself blocked and, as he describes it, “nauseated” with the inventions of fiction. In desperation, he began writing his own story as straightforwardly as he could, with a single dictum in mind: everything in it had to be true. It’s not that he believes naming his problems lessens their burden; although his mother is a psychiatric nurse, he has avoided therapy his whole life. He seeks the liberation it offers, even while he hates himself for it. “It’s like you come in the open, just let down all your guards, stand naked, not afraid of anything. You’re free.”

In the third volume, subtitled Boyhood Island, the author turns his quest for truth toward his childhood. Without the digressions on art and philosophy that punctuate the first two books (“I gave myself one rule,” Knausgaard says, “that everything in it had to be written from the perspective of a boy of that age”), Boyhood Island is a more conventional work. But in its portrayal of the child’s-eye view–the way he assigns personalities to trees that become as distinct to him as any friend; the way he forces himself to eat his cornflakes with soured milk to avoid his father’s wrath–it rings true. And when his father tries the milk himself, spits it out and looks at his son in astonishment, the moment feels viscerally real. “His eyes were not angry, as I had expected, but amazed, as though he was looking at something he just could not comprehend.”

Truth, of course, is a slippery thing, especially when it springs from as unreliable a source as memory. Faced with his family’s denials about the causes of his father’s death, Knausgaard began to doubt his own account. It took confirmation from the medical team that collected his father’s body to assure him he was right. But he calls My Struggle a novel, not a memoir or an autobiography. “I was never after representing episodes from my life, which an autobiography does,” he says, “but rather to search a life for meaning. My life was just the raw material.”

A novel that is not fiction, a memory that is flawed yet true: these are not the only apparent contradictions in Knausgaard. In 2010 the Norwegian edition of Elle voted him sexiest man in the country. To accept the honor, he had to agree to an interview. On the one hand, he says, “this was exactly the opposite of what the book is about.” But as a serious author dealing with identity, he felt that he couldn’t avoid the subject of looks and image. He did the interview.

The same impulse drives him to cop to the obsessive Googling. He admits to feeling pained whenever a member of the audience gets up to leave one of his readings. He “would like to be a person who enjoys pleasure,” but confesses that he spent most of a recent trip to Barcelona locked in his hotel room. He read five novels there.

Although he is glad about the critical approbation he has received, he doubts it as well. “It takes strength to take a stand and say, ‘I’m good at this,'” he says. “I don’t have that strength.” The only reprieve comes while he is writing. “I’m not a happy person, but I can write,” he says. “While I’m writing, I’m selfless, I’m balanced. Self-medicating is a good word for it. Just like my father did with his drinking.”

And he is not done with it yet. Although he ends the final volume of My Struggle by expressing relief that he’s no longer an author, Knausgaard is beginning to work on a new book. It will likely, this most truth-seeking of writers says, be a fantasy. 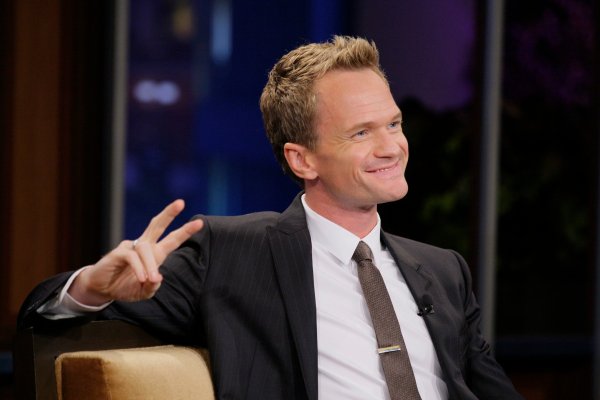 Neil Patrick Harris Is Winning the Celeb Memoir Game
Next Up: Editor's Pick