Why '12 Years a Slave' Will Win Best Picture

In retrospect, it was probably a bad idea for the Motion Picture Academy to expand the number of Best Picture nominees from five to as many as 10. Why should the top award be less selective than, say, Best Director?

The reason, back in 2009, was that the previous year’s most popular movie, The Dark Knight, didn’t get a Best Picture nomination. The Academy knew that more people watched the Oscar ceremony when blockbuster hits were in the final mix. The show achieved its most viewers ever in 1998, when Titanic, the first movie to gross $1 billion worldwide, swept the awards; and the highest recent viewership was in 2004, when the second billion-dollar movie, The Lord of the Rings: The Return of the King, was the big winner. Sure enough, in 2010, Avatar, the current “all-time” box-office champ, was a major contender (though not a Best Picture winner), and the ratings spiked up again.

Two things: First, that’s a lousy reason to expand the category. And second, the Academy still is averse to nominate the most popular films for Best Picture. The most-seen movies of 2013 were The Hunger Games: Catching Fire, Iron Man Three and Frozen. Katniss’ opus was completely stiffed, the Tony Stark sequel earned only a Visual Effects nomination, and Frozen, which should have been nominated for Best Picture (as the animated features Beauty and the Beast, Up and Toy Story 3 were previously), will have to settle for prizes given out early in the Oscar ceremony.

Of this year’s nine Best Picture nominees, only four — Gravity, American Hustle, The Wolf of Wall Street and Captain Phillips — earned more than $50 million at the domestic box office; and only Gravity was a popular smash. The other five are, basically, art films. That’s fine for prestige, but it defeats the purpose of adding more Best Picture slots to attract mainstream moviegoers to the TV show.

If Best Picture had been at its traditional number, the five candidates would likely have been American Hustle, Dallas Buyers Club, Gravity, 12 Years a Slave and The Wolf of Wall Street; they received the most nominations. As in the Director category, we can quickly reduce the serious contenders to three, and then two.

David O. Russell’s American Hustle, a popular and critical success, had the chance to score a rare Picture win for a comedy-drama — as Woody Allen’s Annie Hall did in 1978, the year in which the Hustle story is set. But as much as the Academy surely enjoyed it, the movie may seem not substantial enough to take the top prize. So bye bye; we miss American Hustle.

(READ: Why American Hustle will win Best Original Screenplay)
Gravity should win Best Picture — says the man who called it the finest movie of 2013, and also included Hustle and Slave, and for that matter Her, on his 10-best list — and it will earn the most Oscars. I’d say at least six: Alfonso Cuarón for Director, and for Cinematography, Editing, Sound Editing, Sound Mixing and Visual Effects (plus maybe Original Score). Piling up wins in the “little” categories is nice, but it’s like a Presidential candidate taking a lot of states with few electoral votes; he won’t get into the White House unless he wins the big states.

For Gravity, the “big state” is Best Picture, and that won’t go to the (my) best picture — because, alas, the fates and Oscar history conspire against it.

I’ve written about this before, but, in short: no science fiction movie has ever won the top Oscar — not 2001: A Space Odyssey (which wasn’t even nominated the year that the musical Oliver! won), not E.T. The Extra-Terrestrial (when Gandhi won) and not Avatar (lost to The Hurt Locker). The aged Academy members typically reward realistic fact-based dramas, set in the recent or distant past, that employ lots of actors and have dozens of craftspeople on the set. Gravity meets none of those criteria: it’s a fantasy, set in the future, with a visible cast of two and an effects crew of nerds in studios strewn around the world. Even those wonders may not impress the skeptical Academy. As one anonymous voter complained to The Hollywood Reporter’s Scott Feinberg: “I’ve seen better things at planetariums.”

What movie fulfills the Academy’s Best Picture requirements? Steve McQueen’s 12 Years a Slave. The consensus choice of film critics’ year-end prizes, and a Golden Globe winner for Best Drama, it also took the British Film Award (BAFTA) for best film and tied with Gravity at the Producers Guild. (The Screen Actors Guild went with the actor-friendly American Hustle.) This is a serious, scalding portrait of slavery, the great American scar, and it edifies even those viewers whom its graphic, sadistic violence makes uncomfortable.

The movie’s brutality, and its cool, distanced view of an American atrocity, could prove a handicap. An Oscar truism: in the competition between a film the members admire and a movie they love, they’ll go with love. In the last three years they’ve chosen The King’s Speech over The Social Network, The Artist over Moneyball and Argo over Life of Pi.

(READ: Why Lupita Nyong’o May Win Best Supporting Actress for 12 Years a Slave)

McQueen’s movie is not lovable; that factor makes this final category a fascinating conundrum. But given the Academy’s presumed reluctance to reward a film about scam artists (Hustle) or a planetarium production (Gravity), I have to stick with 12 Years a Slave. 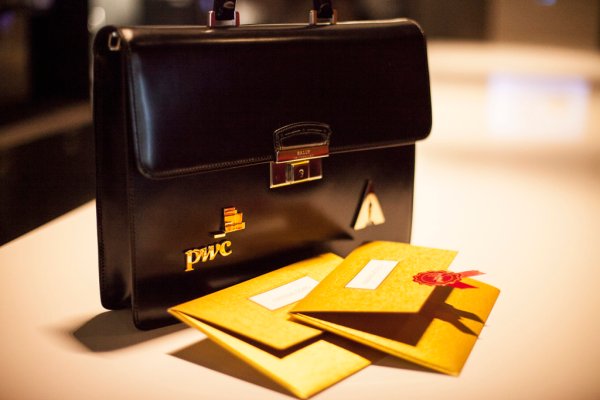 Oscars 2014: Meet the Only 2 People in the World Who Already Know Who Won
Next Up: Editor's Pick