How American Universities Turned Into Corporations

College graduation season is here, and that means students should be celebrating their hard-earned educations. But have you seen the headlines being made by many of our nation’s campuses lately?

On Monday, you could read about a new study of public universities showing that schools with the highest presidential salaries also had the fastest-growing student debt. That same night, Senator Elizabeth Warren was on the Colbert Report to bring attention to the nation’s student loan debt, which now exceeds $1 trillion. And over the weekend, New York University was the subject of a New York Times investigation detailing inhumane working conditions at its far-flung Abu Dhabi campus, the crown jewel in president John Sexton’s octopus-like plan to grow the university throughout New York City’s Greenwich Village and across the globe.

At their core, these stories reflect a fundamental change in higher education: universities act increasingly like big businesses that treat students as customers.

This transformation is part of a larger cultural shift that can be traced back to the 1970s and ‘80s, when policymakers began to view higher education more as a private good (benefitting individual students) than as a public good (helping the nation prosper by creating better educated citizens). In previous decades, public universities enjoyed robust support from state and federal government, and tuition at some of the country’s best universities was free or nearly free. But Republican governors like Ronald Reagan argued that states should not subsidize intellectual curiosity, while economists like Milton Friedman advocated against the notion of free education, claiming that students seeking a private advantage should pay for it themselves. Just take the example of the University of California at Berkeley, in Reagan’s home state: in 1960, tuition was free for a California resident; today it costs $12,872 with an additional $14,414 for room and board.

But how did policymakers envision that students would pay for that private good? Through student loans, of course. Under the theory that student debt was “good debt,” student lending limits rose during Reagan’s presidency, and a profitable student loan market emerged. This in turn fueled the rise in college tuition, as universities sought to capture the student loan dollar through increasing fees. In fact, since 1978 the cost of college has increased in absolute dollars by 1120%. All the while, universities have worked to convince students that their institutions are the most worthy of skyrocketing fees, perpetuating a cost disease at the root of higher education.

Flash back to 1636, when Harvard, the first American college, was founded. Clayton Christensen, a Harvard professor of Business Administration, argues that Harvard established the DNA of American higher education on the basis of constant improvement and expansion—seeking better academic programs, better facilities, better professors, better students. As this DNA replicated over the following centuries in colleges and universities across the country, it created a business model that Christensen describes as “massive in its scope”—one that must provide for research, instruction and a complex set of academic, athletic and leisure facilities, dormitories and dining halls. “That’s a tough game to keep playing,” Christensen says. For a university to compete with its peer institutions, it must engage in the arms race to expand operations, thus increasing its cost base. If, for instance, Stanford builds a new science lab to attract a star professor, Princeton will likely build a lab of equal or better quality to attract another star professor. And if NYU is going to invest in a global campus in Abu Dhabi, then Yale might just have to follow suit by building a campus in Singapore.

This competition for prestige has been further entrenched in the university DNA by numerous college rankings. While many parents look to the U.S. News and World Report, which relies on a complex variety of metrics, including research expenditure, admission rates and peer assessment, you can now find rankings in the Princeton Review on just about anything, from best library to best campus food.

This desire for constant improvement could in theory be all well and good, so long as the astronomical cost of the enhancements were not getting passed on to students. But given the recent disinvestment in higher education by the states and increase in student loans, young people and their families are left footing the bill. In the process, universities’ attempt to serve their academic mission is being perverted into an effort to attract students as consumers. Step onto a college campus today, and for every new science lab or classroom, you will likely find a new student recreation center, football stadium or luxury dormitory with swimming pools nearby. And, too often, those amenities designed to attract 17 and 18 year olds are being built with money the universities don’t actually have, leading the schools to take on debt themselves. The ranks of well-paid administrators have swelled as well, far outpacing the growth of full-time faculty, who are being replaced by low-paid adjunct professors.

As universities succumb to this cost disease, they begin to resemble businesses more than nonprofit schools charged with a public mission. The future of higher learning and, more broadly, our society hangs in the balance. If there’s any inspiration we can glean from the recent headlines, it’s that the laundry list of problems demanding solutions is becoming clearer. But it will be harder for us to effect change if we are unable to understand the broader cultural problem at play in the corporatization of the university.

Andrew Rossi is an Emmy-nominated director of documentaries. His latest film, Ivory Tower, to be released theatrically in June, investigates the rising cost of higher education. His last documentary, Page One: Inside the New York Times, looked at the crisis in the newspaper industry through the prism of the Times’ media desk. 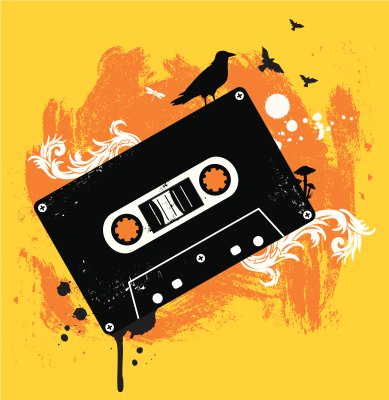 Let Motown Be Your Commencement Speaker
Next Up: Editor's Pick