Spanish chef Ferran Adrià had one of the most famous and admired restaurants in the world. He had hundreds of people wanting each set every single night. And then in 2010, he abruptly announced he was shutting up shop. Except, as he explained to TIME in a recent interview, he’s not really shutting his restaurant, El Bulli, so much as transforming it into a foundation that explores creativity. And food. He even had a show of his drawings of plates at New York City’s Drawing Center recently.

“Picture if you were a doctor, and 70% of your time was spent with patients and 30% on research,” he says in Spanish. “Well, then you suddenly decide you want to flip it around, and you want to do 70% on research and 30% of actually taking care of patients. That’s what we decided to do.” For Adrià, to be creative, you have to be really ruthless about everything, especially your time. “People are always demanding more, more, more creativity. And if you’re not organized, you don’t have systems in place, you’re not going to last.”

Elsewhere in the interview, which can be found in this week’s issue of TIME, Adrià talks about his fascination with honey, the only food animals cook for us and how he believes people’s nostalgia gets in the way of them being able to really judge food. (His mom may want to skip reading the back page of TIME this week.)

For a guy with such a dedication to pushing the boundaries of gastronomy, Adrià has pretty simple ideas about breakfast: fruit, yogurt, coffee. Perhaps he’s saving his creative energy for the other meals. 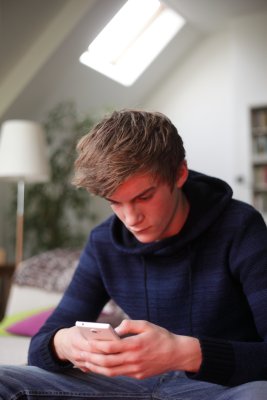 What I'm Telling My Son About Drunk Sex and Consent
Next Up: Editor's Pick