President Barack Obama speaks to the media at the Washington Irving Boat Club in Tarrytown, N.Y., on May 14, 2014
Seth Harrison—AP
By Zeke J Miller

The U.S. has deployed 80 American troops to Chad to assist in the search for more than 200 Nigerian schoolgirls kidnapped by the militant group Boko Haram last month, President Barack Obama told Congress on Wednesday.

“These personnel will support the operation of intelligence, surveillance and reconnaissance aircraft for missions over northern Nigeria and the surrounding area,” Obama wrote in a letter to House Speaker John Boehner and Senate President Pro Tempore Patrick Leahy. “The force will remain in Chad until its support in resolving the kidnapping situation is no longer required.”

The letter was sent to comply with the War Powers Resolution, which requires congressional notification within 48 hours of American troop commitments.

The deployment follows manned and unmanned surveillance flights launched by American personnel earlier this month, as well as the deployment of a team of U.S. military, law-enforcement and hostage-negotiation advisers to the Nigerian capital of Abuja.

Obama has been under fire from some lawmakers on Capitol Hill for not more aggressively deploying American troops in the search for the missing girls.

“We should devote more of our national capabilities to help our Nigerian partners in locating the girls,” said Arizona Senator John McCain on May 16. “And if we get actionable intelligence about where they are being held, we should send U.S. Special Forces to rescue them — with the approval and cooperation of the Nigerian government and security forces if possible, but without them if necessary.”

The girls’ plight gained international recognition amid a celebrity-backed Twitter-hashtag campaign earlier this month, but public attention to their kidnapping has waned in recent days. 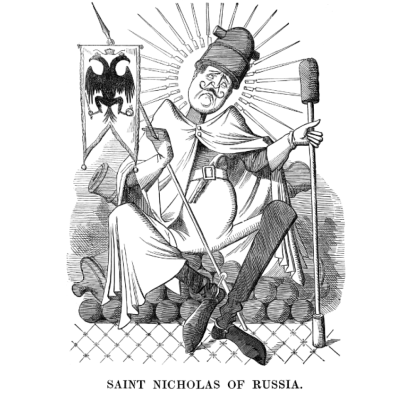 How Today's Fear of Russia Is 1850 All Over Again
Next Up: Editor's Pick