U.S. Cities Are Slowing But Suburbs Are Growing

The United States’ biggest cities grew more slowly last year as suburban areas ticked up, according to figures released by the U.S. Census on Thursday, suggesting that city-dwelling Americans may be looking to the suburbs again. While city growth overall is still outpacing the suburbs, the gap between the two is shrinking after several post-recession years in which downtowns and older urban cores around the U.S. saw significant population increases.

“The slowing growth in these urban cores and the increasing gains in the suburbs may be the first indication of a return to more traditional patterns of city-suburban growth,” said University of New Hampshire demographer Ken Johnson.

The new Census figures show significant growth in suburban areas in the South and West. Almost all of the fastest-growing cities with a population of 50,000 or more were suburbs of major cities like Dallas, Salt Lake City, Phoenix, Nashville and Houston.

Texas suburbs saw the largest growth between 2012 and 2013, especially in areas around Austin, a city millennials have moved to in recent years for its tech jobs and cultural opportunities. The U.S.’s fastest growing city is San Marcos, whose population grew 8% in 2013. Cedar Park and Georgetown were also in the top seven fastest-growing cities, and all three Texas cities surround Austin.

“What you’re seeing, particularly outside of the northeast, is the growth of the ‘boomburbs,’” says Andy Beveridge, a demographer at Queens College. “But you still have substantial growth in the cities. Both are happening.”

Many of the nation’s biggest cities still saw the largest population increases, led by New York City, which added 61,440 people and remained the country’s largest with a population of 8.4 million. Houston, Los Angeles, San Antonio and Phoenix made up the top five in terms of population increases. One curious outlier was Chicago, the nation’s third-largest. Its population in 2013 grew by just 5,900, or 0.2%, to 2,719,000. That was smaller than the 8,600 it gained in 2012. In Chicago’s suburban Cook County, population growth was stable, and it increased in the city’s outer suburbs. Johnson points to Chicago as possibly suggesting an end to rapid city gains over suburban growth.

Historically, Americans have moved from downtown city cores to suburbs as they got older, had children and needed more space. Suburbs grew three times as fast as cities from 2000 to 2010, according to an analysis by William Frey, a demographer with the Brookings Institution. But the recession quickly reversed that as many older Americans felt frozen in place and decided to stay put, temporarily halting that city-to-suburban flow. At the same time, those in their 20s and 30s have flocked to downtowns in that same period, often lured by jobs and the ease of commuting in an urban area.

Since the recession, city growth has largely outpaced suburban growth. From 2011 to 2012, city populations increased by 1.13% while suburbs increased by 0.95%, according to Frey. The new Census numbers show cities growing 1.02% and suburbs growing 0.96%.

But Frey says the U.S. is a long way off from the kind of suburban sprawl it witnessed throughout the 1990s and 2000s. Many of those living in cities have likely decided to stay put for good, Frey says, or are still financially unable to move or buy a house. “We may never see that kind of suburbanization again,” he says. 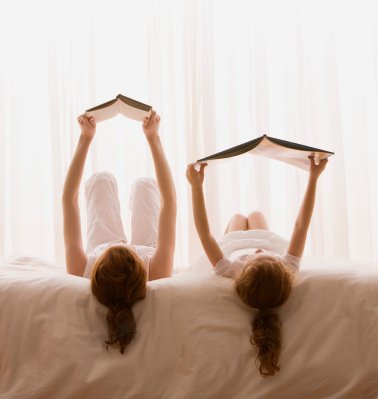 And the Best-Read City In America Is...
Next Up: Editor's Pick