The Final Fantasy XIV PS4 Beta Is Live, and Anyone Can Join

Final Fantasy XIV: A Realm Reborn arrived for PlayStation 3 and Windows last September. After some early launch problems with glitchy servers, it settled into a kind of groove. It’s been in that groove pretty much since. And while it’s not trying to reinvent the MMO — who is these days? — it went over well with critics.

Picture everyone at Square Enix heaving sighs of relief, because failing twice to get this flagship MMO off the ground might well have broken the company. The initial game, released back in 2010, was a dreadful mess — arguably the first dead-serious mainline Final Fantasy flub ever. Square Enix’s reaction matched that level of seriousness: the company scrapped the game, tripped over itself apologizing, then spent the ensuing three years nose to the grindstone overhauling everything. When April 14 rolls around and Final Fantasy XIV launches on PlayStation 4, both versions will have been in development, collectively, for over half a decade (and probably well over, at that).

Yesterday, Square Enix made the beta version of the PS4 version available on the PlayStation Network. It’s free, and anyone can join. I pulled it down last night: it’s 11GB, and took around three hours on my entry-level (16 Mbps down) Comcast business line.

I haven’t played much, and since this is still the same game, the only reason to play if you’re coming from the PS3 is the massive visual upgrade, but a few thoughts: They haven’t fixed the kludgy PC mouse interface, where you’re using the gamepad to push a tiny hand-pointer around the screen like it’s 1995 and we’re playing X-COM on the original PlayStation. You can tab around with the d-pad, sure, but how much trouble would it have been to create a login overlay specific to the console version — a version that used the face buttons like any other self-respecting console game? I guess my bigger concern is that at 1080p, the text is so small it’s darned near illegible. Try playing this using Remote Play on your Vita (yes, it’s supported) if you dare.

A few notes about the beta, which the company’s running in two phases: The first was supposed to last from February 22 to March 3, but it started late, so I imagine it might run later than next Monday, as originally scheduled. Then the game goes on hiatus for a month, before a second test phase, currently set to run from April 4 to April 7. As noted, the PS4 version launches on April 14.

For phase one, you’ll be unable to use existing characters if you’re already a FFXIV player (the game’s running on cordoned-off beta servers in Japan), though the final version will support cross-platform play with both PS3 and Windows players. When phase two rolls around, you’ll be able to use those preexisting characters, and, presumably, your accomplishments will then roll forward to whatever version(s) you opt to play thereafter. 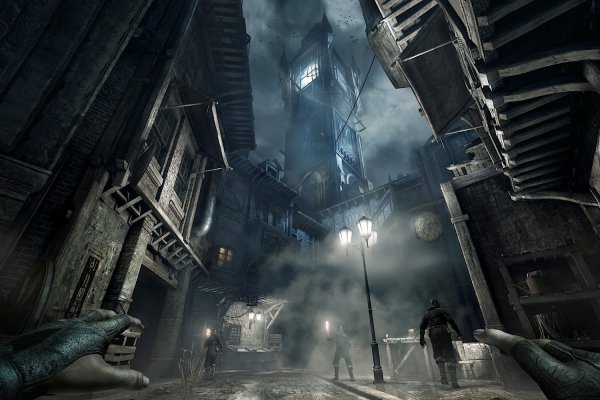 The Thief Launch Trailer Has Everything, Including Electric Guitars
Next Up: Editor's Pick