The normally voluble ex-prime minister of Italy, Silvio Berlusconi, momentarily lost his composure Tuesday night when an interviewer threw him off balance with a question about an alleged insult he gave to German Chancellor Angela Merkel.

The Italian ex-premier was famously reported to have been recorded in 2011 calling Merkel an “unf***able lardass.” In Tuesday night’s BBC interview, legendarily feisty interviewer Jeremy Paxman put it to him straight, after a string of relative softball questions about the euro crisis, the fraying of the EU and rising tensions with Russia.

Berlusconi had ready answers for most questions but was visibly stunned into silence as the translator relayed the obscene comments into his earpiece. 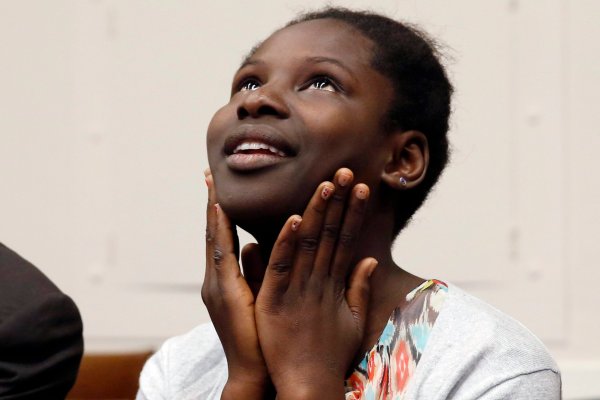 A Boko Haram Survival Story
Next Up: Editor's Pick