On the Secret social-networking app, which launched in February, there are no user names, photos, profiles or other clues as to who’s saying what. But everybody has had one basic fact in common: They’ve all had an iPhone, the only device which the app has run on until now.

Starting today, Secret is also available for Android phones. And in a move which remains the exception rather than the norm, its creators didn’t just clone the iOS version. Instead, they’re rolling out some changes first in the Android edition, making it–for the time being–the most up-to-date expression of the idea. The company’s founders, former Goooglers Chrys Bader and David Byttow, recently chatted with my about their brainchild and gave me a sneak peek of the new version.

On Secret, you see stuff from friends–although you don’t know who’s who–as well as friends of friends, people located near you and and a smattering of folks located elsewhere who have said something which has been favorited and/or commented upon more than usual. In the iPhone version, all of the items from all of these types of users have intermingled in one stream of secrets.

The new Android version divvies up the secrets into two streams. Friends and friends of friends go into the “Friends” tab; “Explore” includes everything else. It reminds me a bit of how Instagram lets you switch between photos from friends and ones which are just plain interesting, and sets Secret up for a future in which it might further categorize the items it shares.

Besides the two-tab interface which is debuting on Android, Secret is getting a few other tweaks designed to make it more engaging and lively. It now shows you how many friends you have on the network, in an animated graphic which it weaves into your stream. (I have 274, which is more than I would have guessed.) The service is also experiencing with prodding shy users to pipe up by inserting questions such as “What’s the best lie you ever told?” and polls into the stream.

One of the things which makes Secret fascinating is that everybody who uses it seems to have a different take on what it’s for. In the stream I see, there’s juicy gossip which may or may not be true, silly pranks, touching confessions of emotional frailty, heartfelt expressions of appreciation for loved ones and far more gross sex-related disclosures than I really care to read.

Bader and Byttow see their creation as a positive force–and ban harsh stuff about private individuals–but are basically happy with the diversity of self expression to be found on it, including the recent chatter about executive departures, layoffs and other tech-industry scuttlebutt. “There are a lot of things that go unsaid in a high-pressure environment such as Silicon Valley,” Byttow says. “It’s a use case we discussed in the early days. To see it actually happening and feel it, it’s very intriguing.”

Byttow told me that they even approved of the recent wacky “secret” about Apple building earbuds capable of measuring heart eate and blood pressure– a hoax which a number of tech sites took seriously and reported as a possible real product: “It got people thinking about what’s possible with earphones. There’s got to be one or two startups out there who think about that and say ‘You know what, maybe that’s not a bad idea.'”

Of course, for Secret to have staying power, it’s going to need to appeal to large numbers of people who aren’t Silicon Valley insiders or the sort of jokesters who fantasize about imaginary Apple products. Being available on Android should help there–and I’m curious to see whether the influx of newbies will be noticeable to seasoned Secret veterans such as myself. 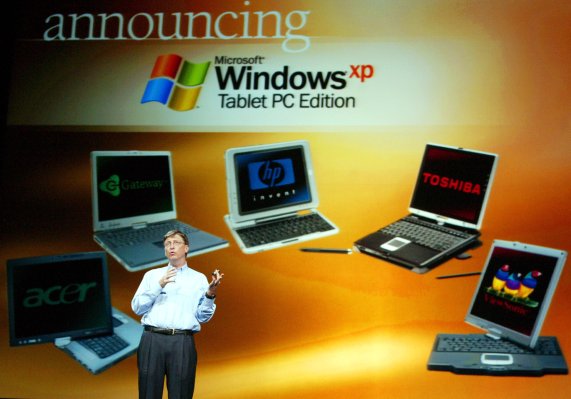 Microsoft's new Surface is Competition to PCs and Tablets
Next Up: Editor's Pick