Your SAT Scores Will Come Back to Haunt You

You don’t want to relive the high-school stress of taking the SATs, but if you’re a job-seeker, you might have no other choice. With a labor market that remains a “buyer’s market,” more employers are making applicants provide SAT or ACT scores years or even decades after taking the tests.

A slew of companies, ranging from consulting firm Bain & Co. to financial firm Goldman Sachs, make new college grads applying for jobs provide their scores, according to the Wall Street Journal, which says other firms in consulting and finance like Boston Consulting Group and D.E. Shaw Group use SAT scores in their hiring processes.

For recent college graduates with little work experience or other reference points for measuring their skills, standardized test scores could offer a barometer of their skill level. But for people with years — or even decades — in the workforce, being asked to relive those hours spent filling in little circles with a number two pencil can be jarring, to say the least.

Most of the companies that use SAT or ACT scores in their hiring don’t use it as a make-or-break metric, but a low score could mean you’ll have to knock it out of the park with your other credentials and in interviews if you want a shot.

But here’s the rub: SAT scores might not even be that good of a barometer for predicting someone’s job performance. In an interview last year, Google HR exec Laszlo Block told the New York Times, “Google famously used to ask everyone for a transcript and G.P.A.’s and test scores, but we don’t anymore, unless you’re just a few years out of school. We found that they don’t predict anything.” When the search engine giant crunched the numbers, it couldn’t establish a link.

And relying too heavily on standardized test scores as a job-screening tool can result in a workforce that is less diverse. “On average, African-Americans and Hispanics score lower than whites on virtually all of these tests; thus, use of these tests for selection purposes can cause difficulties for on organization seeking greater diversity in its workforce,” McGraw-Hill Education warns in an article about personnel selection.

There are even some academics starting to suggest that these tests don’t even measure how well you’ll do in college, never mind in a cubicle. According to a new study published a couple of weeks ago, researchers found only “trivial differences” in the GPAs and graduation rates between students who submitted their test scores and those who were accepted to college without providing their test results. 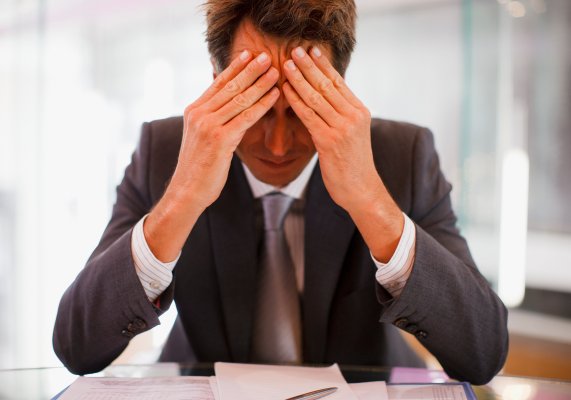 3 Sentences That Can Basically Destroy You
Next Up: Editor's Pick