10 States Where Income Inequality Has Soared

Although average real income in the United States increased by more than a third between 1979 and 2007, not all workers benefited equally. In each of the 50 states, income growth among the top 1% of earners rapidly outpaced that of the bottom 99%, according to a recent study.

In four states — Alaska, Michigan, Nevada and Wyoming — average income increased exclusively for the top 1% and declined for the bottom 99%. In another six states, the top 1% accounted for more than two-thirds of all income growth between 1979 and 2007, while the income of the bottom 99% grew at a much slower pace. Based on a report published by the Economic Policy Institute (EPI), 24/7 Wall St. reviewed the 10 states with the most lopsided income growth.

In many of the states with the most lopsided income growth, real average income rose little, if at all, between 1979 and 2007. While the average income of the bottom 99% rose 19% nationwide, it rose less than 5% in eight of these states.

In an interview with 24/7 Wall St., Mark Price, coauthor of the study and a labor economist at the Keystone Research Center, said that to many observers the issue of income inequality is a story about Wall Street’s growth. But “It’s not just a story of the financial markets in New York City,” Price said. “Over time, that [top] group in each state is accruing an increasingly larger share of the growth in income.”

Another factor that does not appear related to uneven gains in income is economic growth. Price told 24/7 Wall St., “Looking at growth and GDP over time is a pretty blunt instrument,” and the relationship between unbalanced income gains and economic growth is weak.

GDP growth was the largest in Nevada, Arizona and Florida between 1979 and 2007 — all among the 10 states with most imbalanced income growth. However, among the remaining seven states were also Alaska and Michigan, for example, where GDP growth lagged much of the rest of the nation.

State tax structures, too, may not play as large a role as many observers may believe. Price noted that, for most Americans, the decision of where to live was not tied to taxes. While three states with the most uneven income growth did not levy an income tax, three of the other 10 states — Hawaii, New York and Oregon — had exceptionally high top income tax rates.

However, Professor Richard Burkhauser, the Sarah Gibson Blanding Professor of Policy Analysis at Cornell University, added that taxes and transfer payments should not be ignored. In an email to 24/7 Wall St., Burkhauser, who has argued against the significance of income inequality said, “Government tax and transfer policies [can] dramatically redistribute income from those who have large amounts of taxable market income to those who do not.”

Still, according to Price, inequality in income growth “is a trend which should concern policy makers independent of the impact of taxes and transfers,” and that incomes — net of such considerations — have still disproportionately risen for the wealthiest 1%.

To determine the 10 states with the most skewed growth in incomes, 24/7 Wall St. reviewed income growth figures from 1979 to 2007 from “The Increasingly Unequal States of America,” a study by Estelle Sommeiller and Mark Price published by the EPI. We also reviewed figures from 2009 to 2011 from the same study. The authors derived average income growth from taxable income data, net of inflation. Additionally, we also reviewed state GDP figures from the Bureau of Economic Analysis, unemployment data from the Bureau of Labor Statistics and an assortment of figures from the U.S. Census Bureau’s 2012 American Community Survey.

These are the top 5 states where income inequality has soared:

The average real income for all workers in Alaska dropped by more than 10% between 1979 and 2007, making Alaska the only state where total income declined during that period. Despite this, the average income of Alaska’s top 1% of earners more than doubled, and incomes among the wealthy represented the only income growth in the state. Alaska’s average income per worker in the bottom 99% was $58,482 in 2011, second highest in the nation, trailing only Maryland. Due to the state’s high corporate tax collections, as well as no state sales or income taxes, Alaska has among the lowest tax burdens in the country. Alaska also benefits from its petroleum profits tax, which is paid by companies based on the value of the oil and natural gas they produce.

The average income in Nevada rose just 8.6% between 1979 and 2007, among the lowest increases in the nation. However, most of the state’s residents actually lost money during that time, as average real income dropped by 11.6% for the bottom 99% of earners. For the remaining top percentile of earners, average incomes rose by 164% between 1979 and 2007. As of 2007, the top 1% accounted for 28% of state residents’ total income, the fifth highest percentage in the United States. The gap between the top percentile and other earners has further increased in recent years. Incomes for the top 1% rose by 4% between 2009 and 2011, while incomes for the bottom 99% of earners slipped by a nation-leading 6.7%. Nevada has struggled with high unemployment in recent years, including an average unemployment rate of 11.1% in 2012, the highest in the nation that year.

While Wyoming’s wealthiest residents have enjoyed the benefits of the state’s immense resources, the average income of the bottom 99% of workers in the state slid by 0.8% between 1979 and 2007. The state’s overall real income grew by 31.5% in the same period, however, due entirely to a 354% increase in the average income of the top-earning 1%. The income gap continued to grow between 2009 and 2011 as well. Average income of the bottom 99% of workers rose 6.9%, and that of the top 1% increased by 13.6%. Roughly 12.7% of the state’s labor force worked in the agriculture and mining industries in 2012, the most in the nation.

In 1979, the top 1% of earners accounted for just 9.1% of all income in Arizona. By 2007, the top 1% accounted for a full one-fifth of all income. Incomes of the top 1% of earners soared by more than 157% during that time, while incomes of the bottom 99% rose by just 3%. Since then, matters have not changed. Between 2009 and 2011, the average real income of the bottom 99% of earners fell by 1%, even as incomes of the top 99% rose by nearly 6%. While real income growth in the state lagged the national rate over both periods, the state’s economy was among the fastest growing in the U.S. between 1979 and 2007. One possible explanation for why GDP grew as incomes remained flat is that Arizona added more than 1 million non-farm jobs between 1990 and 2007. 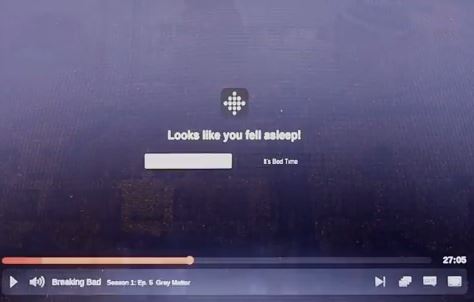 MAKE IT REAL: Hack Auto-Pauses Netflix When You Fall Asleep
Next Up: Editor's Pick