The deposed Ukrainian President Viktor Yanukovich said Friday that protesters who succeeded in driving him out of the capital last week only represent the “absolute minority” of the country, that he is still the country’s rightful leader, and that he’ll keep fighting for Ukraine’s future.

Speaking from Russia in his first comments since leaving the country, Yanukovich, who has insisted he’s still the country’s legitimate leader, pushed back against the notion that he was ousted from office.

And he blamed the “irresponsible actions of the West” for the protests that led to his downfall.

His comments came as tensions between the new Ukrainian government and Russia escalated Friday, with Ukraine saying Russia had mounted a “military invasion” after masked men took control of airports in the country’s Crimea region.

“I will return to Ukraine once the conditions of my security and security of my family are secured,” he said.

-with reporting from Simon Shuster 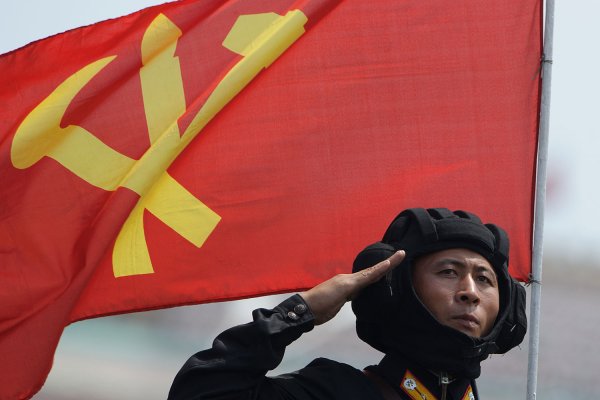