Why Russia's Putin and China's Xi Want to Be Best Buddies

Vladimir Putin needs friends these days, and he has found at least one in China. The Russian President took a break from the crisis in Ukraine to visit Shanghai this week for the (creatively named) Conference on Interaction and Confidence-Building Measures in Asia. On Tuesday, he met Chinese President Xi Jinping, who, state media reported, “extended a warm welcome” to Putin. Xi said closer China-Russia ties were an “inevitable choice” and important for “realizing prosperity in both countries.”

Those words are much more than diplomatic politeness. Though Russia and China have routinely professed friendship over the past two decades, distrust has lingered between them, leftover from the ideological schisms and border disputes of the Cold War. But those old wounds appear to be healing. Calling China “our trusted friend” in comments ahead of his visit, Putin said the relationship between the two countries “has reached the highest level in all its centuries-long history.”

The warm sentiments will come as a relief to two leaders finding themselves increasingly isolated. Russia’s grab of Crimea from Ukraine led the West to slap sanctions on the country, while China’s aggressive stance on territorial disputes has alienated many of its neighbors, including Japan and the Philippines. Anti-China riots broke out in Vietnam last week, causing thousands of Chinese residents to flee, after a Chinese oil rig appeared in waters claimed by both nations. The disagreements have in both cases strained Russia’s and China’s ties with the U.S. That has left Moscow and Beijing in need of the diplomatic support on the world stage they can offer each other.

Economic necessity is also driving the two countries closer together. Russia’s once roaring economy is roaring no more. Growth was only 1.3% last year, and the IMF expects about the same meager performance in 2014. That leaves Putin in dire need of fresh investment and new customers for its exports, which China can readily supply. Trade between the two countries has exploded since the 1990s, while Chinese companies see Russia as a potential target of new business. Just this week, Chinese SUV maker Great Wall Motor announced plans to build a $340 million car factory in Russia.

From Russia’s perspective, the Ukraine crisis has only made boosting economic ties with China more imperative. Putin has already been signaling that he sees his country’s economic future in the East, not the West, writing in 2012 that Asia was “the most important factor for the successful future of the whole country.” The fallout from Putin’s moves in Ukraine has heightened the urgency of that shift. The European Union is Russia’s main trading partner and source of investment, and with relations strained, potential new cash from China is more important than ever.

China, meanwhile, is always on the lookout for new sources of raw materials like oil, timber and minerals for its manufacturing machine, and Russia has just what it craves. During his visit to Shanghai, Putin is hoping to finally complete a long-delayed contract for Russia’s giant Gazprom to supply natural gas to China for 30 years. That deal would include a new pipeline stretched between the countries. Even more, Russia and China can deal with each other free from an irritant they both encounter: the West. While the U.S. and Europe are always complaining about human rights, that doesn’t make the talking points when Russia and China are at the negotiating table.

A closer Russia-China relationship has major geopolitical implications for the West. Attempts by Washington and Brussels to pressure Putin over the Ukraine crisis will be made much more difficult as Moscow finds sources of investment, trade and diplomatic support from Beijing. China, meanwhile, has its own problems with the West,­ from trade disputes to cyberspying. On Monday, the U.S. Justice Department, in an unprecedented step, charged five Chinese military officers with hacking American computers to steal secrets. Fortunately for Putin and Xi, in this new world order, they have each other. 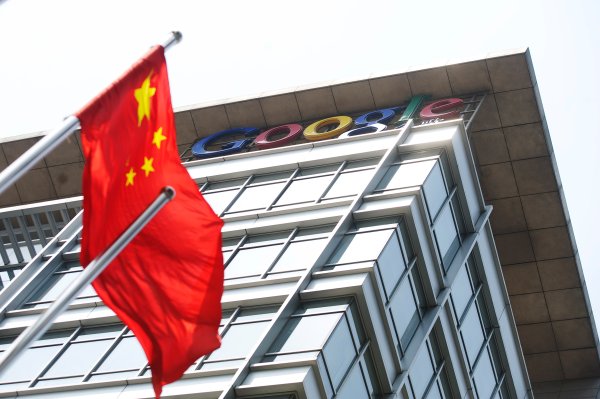